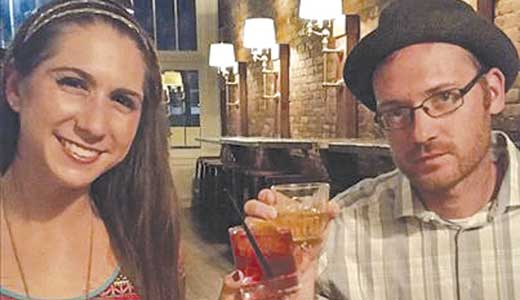 In 2013, more than 18 million 9-liter cases of bourbon and Tennessee whiskey were sold in the United States (that’s a 19.6 percent increase since 2008), resulting in $2.4 billion in revenue for distillers. Undoubtedly, the bourbon trend has been a much welcomed boon for Kentucky. But if bourbon enthusiasts keep drinking at the current pace, we’ll soon run out of enough oak for the cooperages and distilleries to keep up. The increased global and domestic demand for bourbon, coupled with a lumber shorter created by last year’s extremely cold and wet winter, have resulted in a barrel shortage, and bourbon is only “bourbon” if it’s aged in new, charred oak barrels.

Don’t panic. Louisville’s own Angel’s Envy is doing what it can to resolve the bourbon barrel shortage while, at the same time, joining the social media fundraising juggernaut that’s had your Facebook newsfeed filled with ALS ice bucket videos.
With this campaign, however, you don’t have to suffer through an ice cold dousing to have a good excuse to take a selfie and proclaim your do-gooder status. Just pour some Angel’s Envy (neat, on the rocks or mixed in a cocktail), take a picture of your libation and tag it with #AE4THETREES. In response, Angel’s Envy will plant an oak tree. It’s not just painless. It’s gluttonous. Gloriously so.
Angel’s Envy has partnered up with the Arbor Day Foundation to plant an American white oak tree somewhere in North America for every picture of an Angel’s Envy drink or cocktail shared during September on Facebook, Instagram or Twitter with the tag #AE4THETREES. They’re in for up to 10,000 trees, and you know you’re in for the attention, which may not be as dramatic as the ice bucket dump, but what are you going to do? Dump Angel’s Envy on your head? I think not. Bourbon is far too precious.
Lest all these drinking pics get boring, I’d like to suggest some creative postings. Maybe a meme in the vein of the garden gnome traveling around the globe. Where’s the most interesting place you can snap a pic of your Angel’s Envy drink?
“It’ll be fun to see our fans enjoying Angel’s Envy in their social settings with friends and family,” said Wesley Henderson, Chief Innovation Officer for Angel’s Envy, who helped kick off the campaign by drinking Angel’s Envy with friends at Rye (pictured above).
The new Angel’s Envy distillery, which will bring bourbon making back to the city, will be located just a few blocks northwest of Rye on the corner of Main and Jackson. Slated to open in 2015, the new distillery will mark the Bourbon Trail starting point.
It takes about 70 years for a white oak to be mature enough to make the bourbon barrel sacrifice, so here’s a toast to the trees and to thinking ahead. From local sots do mighty oaks grow…or something like that. But, remember, heaven can wait, please drink responsibly and never make duck lips in a photo. These ends, philanthropic/alcoholic or not, never justify those means. Cheers!