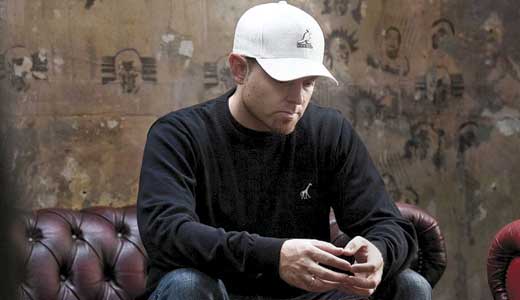 There are few hip-hop producers more sought after than either DJ Shadow or Cut Chemist. Individually, their respective resumes are impressive. Since his debut and highly recommended full-length album “Endtroducing…,” DJ Shadow has been creating some of the freshest instrumental hip-hop that has seen the artist work with everyone from Depeche Mode to Blackalicious. In the late ‘90s, DJ Shadow performed with Unkle, whose debut “Psyence Fiction,” and Shadow’s only appearance, remains essential. Likewise, Cut Chemist has an impressive history, first as the DJ for influential hip-hop act Jurassic Five, before breaking out on his own.

Throughout the years, both have worked with one another, starting first with the 1999 live mixtape “Brainfreeze,” the start of a collaboration that has endured intermittently to this day. DJ Shadow explained the shared history to LEO, saying, “Ever since the early ‘90s … people have been saying you’ve got to meet this guy in L.A. named Cut Chemist. When we finally starting working together doing DJ sets, we did “Brainfreeze.” It kind of became a phenomenon. We’ve spun a few sets since then. It’s like any other musicians playing together. At a certain point there has to be trust, there has to be a rapport. One of the most- asked questions I get when I’m on the road is when I’m going to play with Cut Chemist again, because people sensed that rapport.”

Most recently, the duo has teamed up for a tour spotlighting the record collection of seminal hip-hop legend Afrika Bambaataa. You may have heard Bambaataa through his electro-rap classic, “Planet Rock,” but whether you have or not, his influence is still felt far and wide in hip-hop, and DJ Shadow and Cut Chemist are paying him the best tribute they can this Monday night at The Mercury Ballroom.

According to DJ Shadow, it was good fortune that landed them this privilege. He explains, “We were approached about a year ago to build a set. Bambaataa had donated his collection to Cornell University. We were reached out to by a guy named Johan Kugelberg, who’s kind of like the middleman between Bambattaa, Cornell and us. He’s the link between all those moving parts. He thought it would be a cool idea. He was a fan of ‘Brainfreeze.’ We were obviously really excited and saw it as a great honor, but we wanted Bambaataa’s collection. He said he did. We flew out to NYC to go through the big sort. We had to play through the records, picking out what would work.”

The duo has imposed a strict vinyl-only take on this trip, specifically only wax that constitutes part of Bambaataa’s private collection. Of filtering through these albums, DJ Shadow notes, “When we pulled … there were certain seminal records when we were in this big storage facility in Queens … it took like 20 hours. One example that we pulled was Kraftwerk’s ‘Trans-Europe Express,’ which was the inspiration for “Planet Rock.” When we got the records to my house … some of them skipped. That was one of the challenges and parameters that we set for ourselves. We don’t want people to think that if a record skipped, or anything like, that we didn’t just grab a new copy.”

So how did they get around this problem? “The collection for our purposes stopped in the early 2000s,” DJ Shadow says. “We were able to find “Trans Europe Express” on a compilation that came out in the mid ‘90s. We viewed that as acceptable since that came from his collection. There were things that we pulled where both copies skipped, and it didn’t appear on a later compilation.”

The duo navigated a collection with some records compromised from overplay or wear, but they still did their best to pull from all recesses of Bambaataa’s vast collection. DJ Shadow illustrates their process describing, “The obvious main dialogue is hip-hop, the roots of hip-hop, but I think it’s a little more challenging to work in some of the more esoteric elements of his taste into the set.”  He adds satisfyingly, “The cool thing was when we played in New York City and Bambaataa was there and the Zulu Nation and their crew … they appreciated that we incorporated those elements, especially the salsa.”

Unsurprisingly, there was plenty to glean from deep-diving this collection. For DJ Shadow, “I had my own suspicions of what would be in there, and pretty much without any exception they were all confirmed. He had broad musical taste. In addition to James Brown or Sly Stone … there was a lot of calypso and salsa music … this was an indication of the community in the Bronx at the time. It was nice to see that his collection reflected his culture in the Bronx. That’s one of the things that we wanted to really celebrate, that others might overlook having access to the collection. There was so much salsa and calypso … we couldn’t just ignore it for our convenience.”

While it’s clear that Bambaataa’s legacy is being treated with the reverence and respect it has merited, what will this look like live? For DJ Shadow, it’s worth considering the balance between audience interest and performer satisfaction. He believes in “a happy medium between being as esoteric as we want to be and being as mainstream as we feel we should be to not lose the crowd. We go to great lengths to consider if we are going to lose people, is this going too far? We don’t want it to be for insiders only; we don’t want it to be for the smartest or most culturally savvy in the room. We want to connect with people who just show up. It seems like nine shows in we made some pretty good decisions.