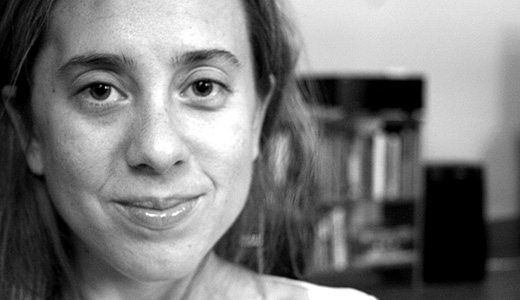 For art-loving folks, the IdeaFestival has become our Kentucky Derby, with anticipation building up all year. What international artists are coming to speak this year? What art will we see? What creativity? … Well, you get the idea.

It starts, as all good things should, with a party. Actually, two: the NuLu Fest and the Louisville Mini Maker Faire. Both are on Saturday, Sept. 27 in the 700 – 900 blocks of East Market Street.

So, how do you make your life more artistic, aside for signing up for pottery classes? The answers lie in Debbie Millman’s presentation, “On the Creative Life” (Wednesday, Oct. 1, 3 – 4 p.m.). As president of the design division at Sterling Brands and the author of many design books, she certainly lives what she preaches.

In 2005, Millman started the influential podcast, “Design Matters,” an idea she says she had when she “decided that interviewing designers who I revered would be an inventive way to ask my heroes everything I wanted to know about them.”

In turn, when she is interviewed, as she was by online magazine The Great Discontent, she states that she hopes she has “inspired people to appreciate the possibilities for design and designers in a really genuine, meaningful, sincere way. I don’t think you can achieve anything remarkable without some risk. Anytime you try something that doesn’t have any certainty associated with it, you’re risking something, but what other way is there to live?”

Creative Capital — the name says they specialize in art funding. Louisville has long-held ties with the New York-based company, especially though associations with 21c Museum and artwithoutwalls. As the foundation’s president, Ruby Lerner, says, “It’s just amazing. I feel that we have fallen in love with Louisville. We love the food, the bourbon, the art, everything! And most of all, we love the warmth and generosity of the people and the community.”

Creative Capital will be at IF again (they’ve been here every year since 2010) to introduce attendees to their latest “Art on the Edge” artists: Juan William Chavez, Julia Christensen, Robert Karimi and Kerry Skarbakka (Thursday, Oct. 2, 10:30 – 11:30 a.m.).

Chavez is an artist/social activist in St. Louis, whose projects include the Creative Capital-funded Pruitt-Igoe Bee Sanctuary.

Christensen is an integrated media/multidisciplinary artist who received a Creative Capital grant for her plan to build DIY video projectors from discarded electronics such as iPhones. I know her best as the author of the 2008 book, “Big Box Reuse,” on the adaptation of large commercial buildings after the stores close. She got the idea after Walmart abandoned its building in her hometown of Bardstown, Ky.

Every panel needs someone to make us laugh, and that’s Karimi. And he cooks, too. His “28 Days of Good Energia,” a series of food-based cultural events in Minneapolis-St. Paul, is the project that won him a Creative Capital grant.

Skarbakka is a daredevil with a camera. His photography and videos show him in dangerous situations so, well, we don’t have to. His Creative Capital projects are “Ten Years of Falling” and “Fluid.”

The Creative Capital-Louisville love fest continues with the art show “21c Celebrates Creative Capital: A 15th Anniversary Exhibition” (opening Sept. 30 at 21c Museum). The museum has art by over 30 grantees in its collection, which are on display in rotation throughout its museum hotels. This year’s IF artists will have works on display, as does previous grantee and 2014 IF speaker Sam Van Aken.

Merriam-Webster Dictionary defines glamour as “a very exciting and attractive quality.” It also mentions its long association with magic and the occult. So Virginia Postrel’s talk, “Glamour: The Art of Visual Persuasion” (Friday, Oct. 3, 1:30 – 2:30 p.m.), is sure to bewitch.

Her presentation is gleaned from her new book, “The Power of Glamour: Longing and the Art of Visual Persuasion.” In it, she writes, “The most striking recent exemplar of glamour was not, in fact, a movie star or fashion plate but a political candidate: Barack Obama in 2008. With its stylized portraits of the candidate gazing upward and its logo featuring a road stretching toward the horizon, the iconography of Obama’s first presidential campaign was classically glamorous.”