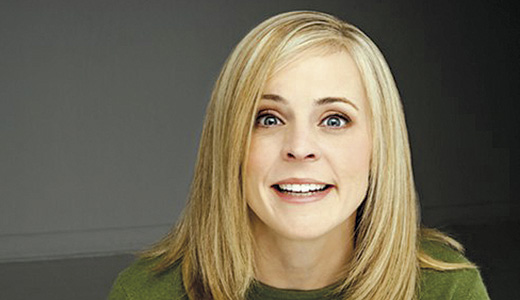 Maria Bamford and Nick Swardson are two of the hottest names in all of comedy these days. You’ve seen both of their faces swiped across cable, network TV and movie screens for the better part of a decade. They have both put out some of the most critically acclaimed albums of our comedy generation (“Ask Me About My New God” and “Party!”, respectively), and they are both (with separate shows) going to be closing down the first Derby City Comedy Festival this weekend.

LEO: Have you ever been to Louisville before?

Nick Swardson: Actually … I haven’t. I was supposed to play The Improv there, but at the last minute I had to cancel and my buddy filled in for me. He called me from there and was like, “Duuude! It’s so fun!” But I’ve never been there, which is weird because I’ve been doing stand-up for almost 20 years and I’ve been to every town like 50 times.

Maria Bamford: I wanna say last time I was there was with The Comedians of Comedy, so it’s been a long time. I think that’s going on 10 years, now. I’m sure I had a very positive time there; I’m sure there was a Waffle House somewhere.…

LEO: Who were the guys that influenced you to do comedy?

MB: I liked to read, so I read this book called “The Artist’s Way,” which is kind of this hippy-dippy work about being creative and stuff, so that inspired me a lot to focus in on what I really enjoyed doing. And it turned out one description of that would be comedy. That helped me a lot. I guess I listened to Steve Martin and Eddie Murphy a lot, and I watched “Saturday Night Live” … but I never really put it together that that was a job you could have.

NS: I knew Brian Regan, Dave Attell, Steve Martin and stuff like that, then I started getting into old Woody Allen.

NS: Yeah! People don’t realize his stand-up was awesome. I mean, I’m a huge fan of his overall in films, but if people go back, his stand-up is really, really great, man. It’s brilliant.

MB: Not really. I started performing in front of my mom when I was three, so I was onstage pretty early. I didn’t really enjoy playing the violin, but I always enjoyed being onstage.

NS: In high school I was doing improv. Right after I graduated, the improv troupe folded, so I didn’t have an outlet to perform. Then I was like, “I’ll just do stand-up.” So I went to an open-mic by myself and it went really well, so I kinda got hooked on it.

LEO: Maria, do you remember the first time you tried stand-up?

MB: Yes, college. I ran for office in high school and would do funny speeches, but the first time I did it was for a college talent show. I developed a five-minute spiel and did it a couple of times, but I don’t think I did it again in a real focused way until I was like 21.

LEO: Nick, “Grandma’s Boy” seems to have become a cult classic. Did you all know you had something special when you wrote it?

NS: I did, actually. They brought me in to re-write the script because it was a PG-13 romantic comedy. They told me to make it crazy, anything that was in my head — so I brought in the robot guy, the monkey, all of this stuff. I knew it was funny, but I said right away this was not going to do well in theaters. But once it hit DVD and people had a chance to sit with it, it became this cult classic … almost beyond cult. So many people know that movie.

LEO: You’ve both done a lot of acting and stand-up. Do you prefer one over the other?

MB: I really enjoy learning more about acting, I like doing it — and whatever I‘ve been able to do has been really exciting and fun. It’s all fully engaging, so I’m up for anything. … If you have a job, I’ll do it.

NS: They’re so different. The thing about stand-up is, it’s so immediate. I can think of … go onstage, and get a reaction right away. Whereas with a movie, you have to write it for two or three months, at least, then shoot it for two or three months, then edit it, market it, wait until it comes out — it’s just such a process, ya know? Which is fun, it’s great, it’s just a lot longer of a process. There is nothing like stand-up in any art form.