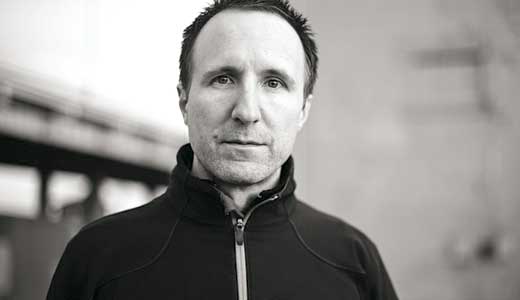 To say that Mark Kramer takes it slow is an understatement. Performing under the name Tender Mercy, Kramer makes some of the most graceful music you will ever hear, capturing an elegance to that escapes gentility to become something so fragile that it seems on the verge of breaking.

As such, there aren’t a lot of like acts in town, and not just logistically speaking, but tonally. Preferring the company of like-minded acts, Kramer notes, “What I do seems to alienate most people. It’s on the dissonant side of quiet, ‘depressing’ music, which is a hard sell. People don’t like being made to feel that way.”

Kramer takes it in stride though, and finds all sorts of interesting acts to play with. This Wednesday, Kramer opens for a dog — literally a dog — in the Cincinnati Library. He admits, “This probably is the weirdest show, though, at the same time, the best. I don’t think there is a better place for me to be playing than a library!”

And he’s right: for his music, the right venue is critical. He notes, “Environment is life or death to the performance. If the environment is too loud no one hears it … I might as well not be playing.”

Soon, Kramer is releasing a new five-song cassette on the Carpathian Cassette label. Kramer explains, “The cassette is called ‘Sacred Sphinx’ and is named after a short lived-venue in Rochester, New York, that I played on my first tour. I felt honored to be a part of one, as the house had been in the family for quite some time. The cover is a shot of the front of the house.”

Not knowing what to make of it, Kramer admits, “If there are over all themes, it’s quite by accident. I was told just recently that most of what I write lyrically is based on various forms of insecurity or self doubt, which I guess is true.”

He adds of his impending release, “I would say thematically the songs pretty much fall along the lines of the first two [releases]: insecurity, self- doubt … subjects people love to confront themselves with … hahahaha!”