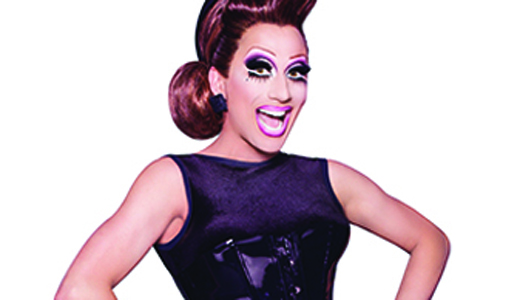 In 2002, Roy Haylock was a comic drag queen in New Orleans with a flair for costume design and a Don Rickles-like wit. As Bianca Del Rio, Haylock had a loyal following, but wasn’t a beauty or expected to become an international favorite. In an interview with New Orleans alt-weekly Gambit, Haylock cited Rickles and costume legend Bob Mackie as inspirations — but drew a line in the sand by dismissing RuPaul as “not my cup of tea.”

In 2012, Haylock was planning to retire Del Rio by 2015, after turning 40. Today, 18 years after Del Rio’s personal drag race began, she is best known as the winner of season six of “RuPaul’s Drag Race”, and is working on a movie and one-person show. LEO caught up with her last week after she returned for a tour in the British Isles and Amsterdam.

For most of the show’s run, fans abroad had to find it illegally. And they have — so much so that a company in England recently bought the rights to make their own version of the show in that country. “I wasn’t expecting large crowds, but it was the complete opposite — it was packed!” Del Rio says of her overseas tour. “It was insane. It’s fascinating to me, how far the show has gone on a global scale and reached so many people.”

Getting through each day of RuPaul’s show was a big challenge, as the cast spent 12-14 hours a day filming and then went back to their respective hotel rooms, where they were prohibited from seeing each other off-camera. “I would get through each challenge to the best of my abilities, and then move on to the next thing,” Del Rio says. “It’s truly like a boot camp.”
Though she began her season feeling old and somewhat unsure, her personality quickly stood out in a battle filled with talented but less-defined, younger competitors. “If you can’t sing, dance, sew, act, or do comedy, you shouldn’t do the show … It’s like going to the Olympics and saying, ‘Oh, shit, I’ve got to swim?’”
“A lot of people want to be famous,” Del Rio says. “A lot of people want to be on the show and fabulous — and that’s great. But do your homework before you get there if you want to succeed.”
Her first defining quality was her noted sarcasm. But that didn’t necessarily set her on a winning course. “I think people only think it’s one level, which is kind of fascinating to me.” Why don’t people get it? “I think it’s intelligence,” she says with a laugh as sharp as her words. “I’ve had my share of people telling me that I’m a bitch, that I’m an asshole, of course. But smart people get it. You’re not going to please everyone. I learned that early on.”
Once her other level — which is one of warmth, support and generosity — emerged, Bianca Del Rio became a comeback kid at 38. Not everyone was in love, though, as the Internet supplied its usual mass diatribe.
“Initially, I thought it was a good idea to look at it,” she says. “And then I realized, ‘Oh God, it’s pointless.’ You get nowhere with people commenting, and they know everything, obviously, because they’re trolling the Internet, writing shit about you. I learned early on, whatever happened happened. I know what happened because I was there … It’s sometimes difficult not to get wrapped up in it. But the virtue of doing the show at 38 was that you have a better sense of self.”
Her success has meant taking a leave of absence from her job as a theater costume designer. “This is a once-in-a-lifetime opportunity to do this thing that I’m doing. Costume design is my passion and the thing I love the most. I mean, drag is definitely up there, a close second. But I don’t intend to do drag for my entire life. And I’ve always liked to do both, and keep a balance of two quite questionable careers.”
And did RuPaul ever find out about Del Rio’s earlier comment? “Oh, I’m sure. Everything you say comes back to you. But it was my opinion at the time, when Ru wasn’t doing all the things that she’s doing now. Everyone had an opinion on something in 2002, but this show, it’s amazing what it’s become … It’s a different world now.”