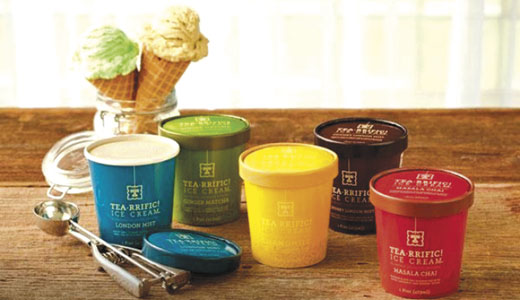 Pushing your cart down the aisle of the grocery store, staring at the same old boxes of cereal and pasta, it might be hard to imagine that manufacturers could come up with something new in the world of food each year. But imagine being a wholesale buyer faced with more than 760,000-square-feet of merchandise shown at last month’s 60th annual Specialty Food Association’s Fancy Food Show (June 29-July 1), and you might start to feel a bit more inspired.

Taking over most of the Jacob Javits Convention Center in New York City, North America’s largest specialty food and beverage event featured more than 180,000 products, including confections, cheese, coffee, snacks, spices, ethnic, natural and organic from more than 2,400 exhibitors hailing from 80 countries and regions. Visitors to the show included more than 24,000 retailers, both large and small, who scouted unique items for their grocery stores, gift shops, catalogs and websites — in other words, the taste-makers who decide what you will be eating in the coming year. Even TV and media superstars like Martha Stewart and Gayle King were in attendance, gleaning valuable information for their shows and publications.

With so many buyers, the show is an excellent place for food manufacturers to debut as well as provide samples of their new and exciting products. And while the majority of the items aren’t exactly different, it’s amazing how just a small tweak of a flavor profile or packaging makes an item seem fresh.

We got a chance to visit the show and scout out some of the items you’ll soon be seeing in local stores.

The heat is on, baby. The palate-searing power of Sriracha isn’t just limited to sauce anymore. Look for it in everything from chips, pretzels and popcorn to beverages like Cocktail Crate’s Sriracha Margarita ($12; cocktailcrate.com).

Even other condiments are now being infused with the spicy stuff. Gourmet ketchup company Traina Foods just introduced their Sun Dried Tomato Ketchup with Sriracha ($4.99; trainafoods.com). The new ketchup is an addition to their Sun Dried Tomato Ketchup that debuted in 2012. “It can be used in place of hot sauce or ketchup, as a condiment or base for sauces or marinades, even cocktails like bloody marys or margaritas,” said Willie Traina, CEO of Traina Foods.

Our love affair with bacon is far from over. In fact, it’s growing, so you’ll be seeing it used in some really creative ways. Look for Bacon BBQ Salt from Chef Salt ($9.95; chefsalt.com) and Bacon Peanut Brittle from Sir Francis Bacon Peanut Brittle ($16.25; baconpeanutbrittle.com). There’s even bacon butter — available to the trade only — so chefs can quickly add a bit of that porky goodness to your pasta, eggs and omelets.

Snack chip lovers, fear not; your craving for something new in the crispy, crunchy, salty department is well looked after. Manufacturers are going all-out to catch your attention — and dollars. Look for chips made from finely rolled pasta from Pasta Chips ($4.49; pastachips.com); quinoa chips from Simply7 ($3.19; simply7snacks.com); and chips made from lentils, chickpeas and even cassava from Hawaii.

Herbs will infuse everything. There were plenty of oils, vinegars and salts, and now every beverage imaginable has been imbued. Naturally, there were teas, but expect to see water, sodas and even chocolate — both hot and cold. One tasty new product combining both tea and herbs was TEA-RRIFIC! ICE CREAM with their Masala Chai, Ginger Matcha, London Mist (malty and citrusy notes of Earl Grey tea and a hint of vanilla) and Chamomile flavors (tearrificicecream.com).

It’s also going to be a lot easier to tote around your favorite beverage. Brewsticks from Barnie’s Coffee Kitchen ($5.99 per box; barniescoffeekitchen.com) are easily portable packets of 100-percent cold-brewed Arabica coffee, with no sugar or preservatives. They’re designed to allow you to make delicious hot or iced coffee anywhere. Aiya-American makes a green tea Matcha To Go version as well ($18.80 per box; aiyamatcha.com).

It was great to see some locals. Richard Graeter represented his family’s ice cream business and introduced their latest flavor, Bourbon Pecan Chocolate Chip (graeters.com), which they are testing and introducing in most all of their stores as a bonus flavor. You can expect to see it later this summer.