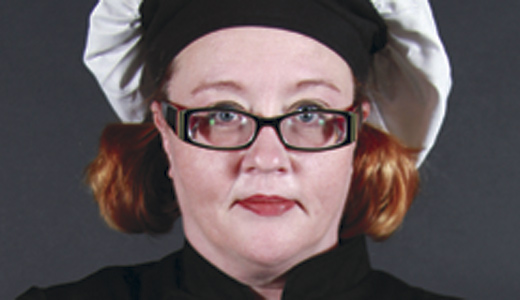 In Louisville, you can have ho-hum deli sandwiches, somewhat decent Chinese food, and pizza delivered.

This dearth of local delivery options is all the more reason to treat our rare, professional delivery drivers well. Delivery drivers normally make more than servers’ minimum of $2.13 an hour, but then their tables are really far apart – in different buildings, miles apart, all over a zip code or two.

I’m constantly taken aback by the stories I hear from delivery drivers.  They are regularly under-tipped.

Is your face squinched up right now? Are you saying to yourself, “What the heck is she talking about? All they have to do is drive it over here! It’s not like they have to keep bringing me a refill on my soda, or bus my table!” Let’s review exactly what most delivery drivers do on a daily basis:

A phone rings in a busy restaurant. Ideally, it’s your driver who answers, because you had better believe he or she is fully invested in taking and executing your order and delivery correctly. It’s their only means of getting paid an average of above minimum wage for their shift.

They take your debit card number/expiration date/cvv code, and type it in to the point-of-sale system, at which time a ticket prints out in the kitchen. Now the kitchen puts your order in their queue.  While getting your requested dressings, extra sauces, napkins, and disposable flatware together and ready to go into an insulated bag, your driver also has to be your advocate (“Remember no onions on that carbonara!”) and has to be ready to leave when your food’s up.

If they haven’t been to your address before, they have to map it via GPS. They keep one eye on the clock, in a mighty attempt to get your food to you in the delivery time that was estimated.

The phone rings again.  (Maybe there’s another delivery driver; even if so, that other driver might be out on another delivery.)  Your driver takes the second delivery order while your food is still being cooked.  Now she has to rely on her experience: does she ditch out the door with your order and pray that nothing delays her so she can rush back and deliver the second order hot and as much on time as possible?

A good driver knows what to do, instantly analyzing many variables such as cook time, driving time, traffic, and how busy the restaurant currently is.

I will share two often-repeated stories. One is of an office within three-quarters of a mile from the restaurant they are ordering from. They will put together an order for 8-10 people. Then, when the driver arrives with the hot food (because it’s so close by, it’d be nearly impossible for the food to cool off during the drive), they laugh and say, “You didn’t really think we’d tip you for driving a few blocks, did you?  Awww, you had to come so far!”

And yet, the driver still did everything they’d have to do for a delivery three miles away. The customers just got their food as fast and as fresh as possible. Should the driver be penalized for that?

The other story is of the office or organization that calls in (or, more often, faxes because it’s so complex with substitutions/extra sauces, deletions and special instructions) an order for 10 to 15 people, who all want to pay separately, a mixture of cards and cash.

So the driver has to spend about 20 minutes taking all these separate card numbers, the “I’m paying for her lunch but she’s paying for half our shared appetizer” situation. Normally they get little if any tips from this prolonged transaction, because everyone assumes someone else is paying the tip. Often no one does, or few enough people that it doesn’t mitigate the extra time it takes to service their order.

But don’t send them back to the store because they only brought you two garlic butters instead of three. Chalk it up to human kindness, or tolerance, but just don’t. And still – tip them!