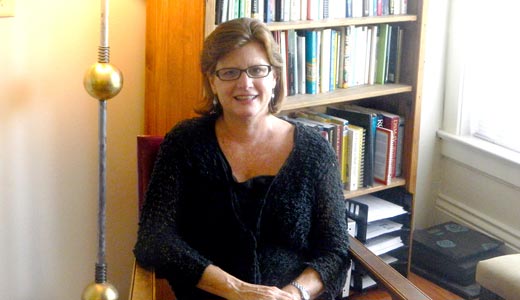 A woman walks into a mirrored room, her pink slippers padding softly against the sprung wood floor. She looks at her reflection, multiplied over and over, and pulls at the leotard cutting into her thighs. Another woman stands on a stage illuminated by a hot, bright light. It’s just her against a black backdrop, but before she launches into her monologue, she notes that her shadow is wider than it used to be.

Neither of these scenarios is improbable. Negative body image and its dangerous physical and psychological repercussions are prevalent in the arts community, leaving performers in Louisville’s expanding arts scene to wonder, “How can I have a positive relationship with my body when it is my artistic medium?”

Brittany Jones is studying toward her master’s degree in vocal performance at the University of Kentucky, where she has played the titular role in Puccini’s “Sour Angelica” and will be singing the roles of the Beggar Woman in “Sweeney Todd” and Giulietta in “Les Contes d’Hoffmann” later this year.

“There is definitely a standard for each character and voice type within the opera field,” she says. “An illusion of age and character comes not just through the voice but through the appearance.”

Jones says she has been told to lose 15 to 20 pounds, as well as what outfits to wear to appropriately accentuate her body.

“I did not feel attacked. Rather, I felt it was their way of helping me to best communicate who I was and what I do,” Jones said. While these expectations for physical appearance are not inherently negative, they can put undue pressures on performers.

Sarah East, a Louisville actor, says it’s a daily stress to conform to performance-specific body types. “I think about, talk about, and feel this kind of pressure every day. I grew up being teased for my weight and I’ve never been comfortable with my body. Struggling to find success in this industry is so hard — and, as actors, we can’t help but analyze every rejection.”

Actors are also made aware of body-specific expectations from audience feedback. Looking for Lilith is a feminist theatre company that reexamines and interrogates history and contemporary living through women’s perspectives; though this method often leads to positive discourse, founder Shannon Woolley says one critic’s reaction to their all-women’s “Much Ado About Nothing” was an insight to the physical stereotypes still prevalent in theatre.

“We got a review where the focus was on how each of the actors looked, and how attractive they were to him.” It went on to say that Woolley, who was cast as Beatrice, was not attractive enough for the role.

“The fact that his comments were not about my portrayal of the role, but that I was not a traditional Beatrice because I was not physically attractive was shocking,” Woolley said. “And also really eye-opening that that is how a lot of people think.”

So how can these negative body-image pressures be squelched before they lead to disordered eating behaviors and health problems?

Virginia Evans — a licensed clinical social worker at Pathways Center for Eating Disorder Recovery who has treated patients with eating disorders for 25 years, and worked with organizations including Actors Theatre, Stage One, CenterStage, the Louisville Ballet and the Kentucky Opera — says it is going to take community-wide effort.

“I think we have leaders in the arts who are mindful of the whole person,” said Evans. “But ultimately, it is getting to the person who needs the help to listen. It is going to be a collaborative effect. Sometimes it could be a parent going to a director, saying ‘Could you talk to my child, because I know they will listen to you.’ And I think that is a beautiful way to unite in the performing arts.”

Another necessary step in creating a healthier arts community is reducing the stigma associated with eating disorders — and what better way to do that than through the arts?

This spring, Kathie E.B. Ellis directed “Body Awareness” with Looking for Lilith. Annie Baker’s play focuses on college professor Phyllis, who is organizing a Body Awareness Week (as opposed to an “eating disorder awareness week”) at her university. Phyllis and her partner Joyce welcome visiting artist Frank Bonitatibus, whose artistic photos of nude women offend Phyllis, exacerbating existing tension in the household and within the women themselves.

“We chose the play because it dealt with a lot of issues in a way that was both politically-correct and politically-incorrect. That way there would be this moment of ‘laugh, laugh, laugh — oh, I was laughing at that?’” Ellis said.

“It was a starting point for audience members to think and talk about these heavy issues outside the theater, just like the characters did in the play” — and hopefully, a step toward life imitating art for the better.