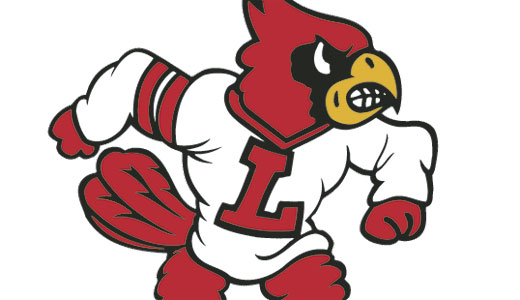 In Louisville, we tend to like our horses fast, our bourbon neat and our football … actually I have no idea how we like our football.

With four head-coaching changes (three different men) in the last dozen years, the University of Louisville has struggled to establish an identity for its football program. Yes, overall Louisville has been very successful the past decade, — albeit a rollercoaster ride of surprising successes and demoralizing disappointments — but frequent turnover and vastly different coaching philosophies have precipitated an on-the-field product that has been consistently unpredictable. I have no idea if new/old head coach Bobby Petrino has changed his ways, and chances are none of us do. What I do know is that his teams are always entertaining, both off and on the field, and particularly on the offensive side of the ball. In 2004, the Petrino-led Cardinals topped the nation in both scoring and total offense, while breaking an NCAA record by scoring 55 or more points in five straight games. In Charlie Strong’s four-year tenure at Louisville, his teams broke the 55-point barrier just twice.

While both coaches experienced tremendous success during their time at Louisville — bringing the program its only Orange and Sugar Bowl titles — Petrino undoubtedly produced a more exciting brand of football. An up-tempo style of offensive, based on speed and throwing the ball all over the field, is by definition a more exciting, entertaining and appealing brand of football — particularly for the casual fan. Petrino 2.0’s offense will not disappoint, and undoubtedly provide considerably more scoreboard fireworks than Strong’s defensive-minded approach … and I expect it to translate into a surge in attendance.

Football purists claim a romantic nostalgia for the defensive battles of the past. But the majority of today’s fans desire a 35-34 shootout over a 6-3 offensive struggle. This doesn’t just apply to fans, but players and potential recruits as well, who are drawn to more prolific offenses and the opportunities to post exorbitant statistics.

The move to the Atlantic Coast Conference is another reason for this town to be excited about the upcoming season. A schedule with three ranked opponents (last year’s slate included zero) — including a match-up with the defending-champion Florida State Seminoles — and several nationally televised games should encourage fans to keep up with the Cards, even if they can’t make it to Papa John’s Stadium. Most importantly, membership in a Power-5 conference should finally allow Louisville to control their own destiny in pursuit of a national championship. In years past an undefeated season would have likely resulted in the Cards being left on the outside of Rose Bowl Stadium, looking in. Now, if Louisville doesn’t make it to the title game they will only have themselves, or more likely the distraction of their coach, to blame.

Currently the first thing most people think of when Petrino’s name comes up in conversation, both inside and out of this community, is the motorcycle crash that unveiled the extramarital affair he was having while at the University of Arkansas — be prepared to see a number of opposing student sections displaying reminders of Petrino in a neck brace when Louisville goes on the road. But the Louisville sports community has been through this before … the same way the infamous night at Porcini’s followed Louisville basketball coach Rick Pitino around for a few years after a somewhat analogous transgression. But Pitino has done a remarkable job sweeping that storyline further and further under the rug, by winning … a lot. While no one will ever forget the Pitino saga, I don’t recall it being a topic of discussion during his press conference following the 2013 national championship game.

We all know that, for better or worse, winning ultimately cures all ailments in sports — and few if any question that Petrino’s return will culminate with anything short of an abundance of wins.

So as Petrino 2.0 approaches, you have to determine what matters more to you. Will you let the checkered past of one man dissuade you from watching and cheering your town’s team? Does supporting the hard work and awe-inspiring athleticism of our university’s student-athletes and, in-turn, supporting their morally ambiguous coach compromise an ethical code of conduct to the point of protest?

In the end, isn’t our collective apprehension about the return of Petrino — at least to an extent — a reflection of the success he has had in the past? Would we care as much, or at all, if he lost more games than he won? Or if he were at Bellarmine instead of Louisville?

Ultimately, there is no right or wrong answer. And we collectively should not judge each other’s decision to partake in or boycott the show. I, for one, will not let one man’s bad decisions and behaviors affect my life.

So when you sit down in front of the television Monday night — debating whether to watch “Pretty Little Liars,” “America’s Got Talent” or the Louisville Cardinals take on the Miami Hurricanes , ask yourself, “I wonder if any of these actors are ?assholes?”