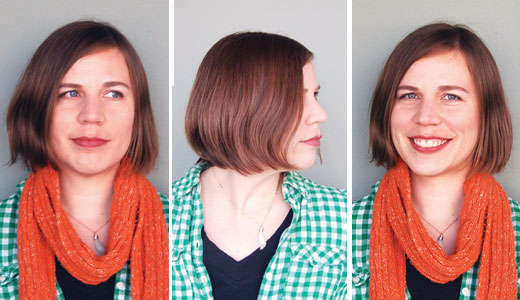 Up until age 30, I devoted a lot of my lyric writing to exploring personal themes: the shifting dynamics of friendship, my own identity and, often and regrettably, my failed romantic relationships. Each felt very real, very true and terribly interesting to me. I was writing what I knew, as every English teacher had instructed me.

After I got older and married, I became disinterested in that type of lyric writing and turned to murder. I scoured articles for interesting crime stories and attempted to create a narrative from the perpetrator’s point of view. This wasn’t a completely new interest. As a fourth-grader, I entered an illustrated story into the Young Authors writing competition titled “Cement Man,” in which a killer embedded his victims’ corpses in cement statues. I believe I was inspired by the Concrete Lady superstore off I-65 in Southern Indiana. Later, some of my favorite TV shows included “The Wire,” “Breaking Bad,” “The Shield” and “The Sopranos,” all of which place the viewer squarely in a position of relating to someone with the capacity to kill.

I know I am far from alone in my fascination with the darker side of human nature. We live in a world filled with senseless, devastating murders, and an entertainment industry that regularly glorifies and sensationalizes violence. There’s a perception many folks hold that we’ve grown increasingly bloodthirsty; however, statistics show that violence is actually on the decline within the U.S. and worldwide. Our entertainment has always been pretty violent, too. Take the murder ballad, a musical form that can be traced all the way back to 17th-century Europe.

Melodramatic murder stories (all presumed to be based on true stories!) were composed, printed and sold by singing street hawkers to readers eager to rubberneck and sing along to tales of stabbings and poisonings. In each of these stories, the killer was always punished. Justice was always delivered, whether it was by God, a ghost or the gallows.

Yes, you might say, violence has always been around, but it wasn’t as graphic or explicit as it is now. However, a quick YouTube search finds a wildly raunchy and entertaining 15-minute “Murder Ballad” by Jelly Roll Morton. Written in the 1940s, it’s every bit as explicit as the most hardcore of today’s gangsta rap. The song is written from the point of view of a female perpetrator who vows to the “other woman” in her relationship that she will cut your fuckin’ throat, drink your blood like wine, because I want you to know, he’s a man of mine. The song gets even wilder and dirtier the longer you listen.

It’s been said that our dreams reflect our most basic animal instincts: our deepest desires and our deepest fears. These instincts ignite our imaginations and lead us to create some pretty twisted art. This is often the case when your worldview (like mine) comes from a place of privilege, where you have been lucky enough to have been shielded (for the most part) from everyday acts of violence and tragedies so many others are forced to endure.

An overactive imagination is not a requirement when you are the composer of narcocorridos, a type of ballad written by contemporary Mexican and Mexican-American groups like Los Tigres del Norte. The band’s narcocorridos detail the horrors of the drug cartels from the point of view of the smugglers. Many songs describe shootouts and horrific executions, all set to traditional Mexican polka rhythms. Narcocorridos are wildly popular with young people on both sides of the border, though political and religious leaders regularly decry the music, saying it ignites even more violence; Mexico City has even banned the group from performing within its city limits. Los Tigres’ accordion player, Jorge Hernandez, explains, “The only thing we do is sing about what happens every day.”

Whether it’s true to life or the product of our deepest fears, why does murder, a truly reprehensible subject, remain so compelling to so many writers? I think Bruce Springsteen might have said it best in his murder ballad “Nebraska,” told from the perspective of a serial killer: They wanted to know why I did what I did. Well, sir, I guess there’s just a meanness in this world.