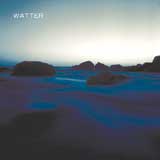 Given the well-publicized constituency of Watter — Strike City’s Tyler Trotter, Grails’ Zak Griles and Slint/Squirrel Bait alum Britt Walford — for fans of instrumental indie, the bar was set impossibly high. What This World does so well is establish a tone, a kind of seething brood that permeates every note. Each track evolves at a glacial pace, developing ideas out from the smallest sounds to the sweeping, neo-Western highs that ultimately come to identify the band’s sound, which is not like anything that any of the band members have done before, at least not directly; Watter is definitely more than just the sum of their parts. Tracks like “Lord I Want More” have a kind of Meddle-era Pink Floyd meets Harold Budd vibe, whereas epic “Small Business” has a much more pronounced touch of prog influence.