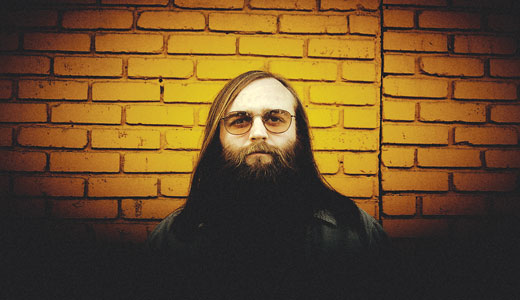 They came back. They were always coming back. Deltron 3030, the original 2000 concept collaboration by rapper Del the Funky Homosapien (aka Osiris, aka Deltron Zero), turntablist Kid Koala and producer Dan the Automator was an event, a breakthrough in hip-hop, science-fiction and cool-cat cultures, bringing a post-apocalyptic yet funny feature-length story to stereos from Temecula to Tokyo. Fans clamored for more, though lawnchair quarterbacks feared the inevitable sequel slump. And yet, like “The Godfather, Part II” or “Toy Story 2,” they came back as strong as ever 13 years later with Event II, like a city rising from the ashes. While the fate of a third chapter remains unknown, this grouping will likely not be seen in Louisville again, so this is something special you can do. Some of these things have value. —Peter Berkowitz

Underneath the Second Street Bridge

In a fitting salute to our troops this Independence Day weekend, the Louisville Film Society will screen arguably one of the greatest Army movies of all time, “Stripes.” The late Harold Ramis and still-golfing Bill Murray-led classic will be available for viewing the day before our nation’s birthday under the Second Street Bridge, where an early scene of the film was actually shot. Moviegoers will be able to consume ballpark food and beverages of both adult and youngster varieties. The Louisville Film Society also encourages attendees to walk or ride their bikes to the event in support of the Healthy Hometown movement. We’re just glad they didn’t choose to show “Elizabethtown” as a movie with Louisville ties. —Ian Ording

Bearing a voice as enormous and luscious as his beard, Adam Faucett is roaring to town on the road for his newest record, Blind Water Finds Blind Water. Faucett, who has toured with the likes of Lucero and Jason Isbell, exudes his Southern heritage in his songs, at times playing acoustic and folky, and at others plugged in for a healthy dose of honest to goodness Americana rock. The whiskered Southerner often, especially on his latest album, sings what he says are “word for word” accounts of events from his past. Having been compared to artists who run the gambit from Cat Power to Otis Redding, Faucett has carved out his own little space in the ever-expanding crowd of guitar-toting singer/songwriters. Fellow Arkansan William Blackart is also on the bill. —Ian Ording

You ever get tired of pretending that sparklers are in any way exciting so that your snotty nephew Tommy can get over his fear of them just in time to burn his hand and start crying? Well, here’s an Independence Day alternative: Mercury Ballroom’s Jazz-Americana Celebration, featuring Dave Stryker’s Eight Track Project. Earlier this year, Stryker released Eight Track, containing jazz arrangements of ’70s pop music, including songs by Curtis Mayfield and Pink Floyd. The acclaimed jazz guitarist will be in town for U of L’s summer jazz workshop before fronting a quintet through two, America-loving sets on Friday. So if you’re a jazz fan or just want to find out what the hell an eight track is (under-18ers get a discount), this is a great chance to see renowned performers doing familiar compositions. At the very least, it beats sparklers. —Matthew Adams

Nothing says America quite like bright colors and explosions. That’s the impetus behind many an Independence Day shindig, and Crescent Hill puts on quite the event. They believe theirs is home to the oldest Fourth of July fireworks show in Louisville, one that started simply with neighbors getting together to light a few off in the ’70s in celebration of our country, but that’s hardly the only reason to make an appearance at the festival. There will be bluegrass, folk, country, Dixieland jazz and Celtic music all day both days, as well as more than 80 artists in the art fair. All the expected hot dogs, brats, ice cream and lemonade will be available for your munching delight. There will even be antique cars on display and a pet show. Crescent Hill is doing America proud. —Ian Ording

A former co-worker told me many moons ago that dance music was soon going to take over the world. Much like a conspiracy-perpetuating conservative old man, he acted like it was a devastating storm, telling me it was currently taking Europe by storm and would soon arrive in the U.S. to render any other form of music obsolete. Although his prediction did not come true, dance music will be taking over Diamond Pub’s Concert Hall this holiday weekend. Miami native Meaux Green will headline. Using his hip-hop/trap/bass background as inspiration for his music, Green has gained traction in the dance-music world, having been named Billboard.com’s “Next Big Sound” for the year. Doors open at 9 p.m., but the music lasts until 3 a.m. —Olivia Krauth

Ronnie, Bobby, Ricky and Mike — if I love the girl, who cares who you like? Some lyrics just roll off the tongue like the “Pledge of Allegiance” or “Ice Ice Baby.” Even though it’s been more than 30 years since New Edition ruled the pop charts with “Cool It Now” and “Mr. Telephone Man,” the nostalgic love for the Boston-based boy band who paved the way for NKOTB is unbreakable, hence this “Comeback” tour. All six members — Ricky Bell, Michael Bivins, Ronnie DeVoe (the threesome aka Bell Biv DeVoe), Bobby Brown (no explanation needed), Ralph Tresvant and Johnny Gill — are reuniting and bringing with them human beat-boxer Doug. E. Fresh and SWV, whose hits “Weak” and “I’m So Into You” were always on my mixtapes. My inner tween is doing cartwheels. —Sara Havens

What is the definition of sacred familiar? While it can have a metaphysical component, at its core it means appreciating the natural world to unlock the creativity within. Wendi Smith is an artist who is inspired by nature as well as humanity’s formalized rituals and has combined them in her exhibition “Sacred Familiar” at JCC’s Patio Gallery. All it took was a trip to Italy. “This body of work was inspired by illuminated manuscripts and altarpieces,” says the Corydon, Ind., artist. “I used the elaborate decorative style of these sacred objects, including gold-leaf and painted-on-wood panels and recycled cigar and cedar boxes. The images and theme are a fusion of the ritual style of illumination and the natural world.” —Jo Anne Triplett

Functional glass is in everyone’s home, from the windows to souvenir Derby glasses. As wonderful as industrial glass is, it’s mass-produced and commonplace. We forget about it until something breaks. It’s possible to take glass up a notch by using pieces blown by artists. Dinner plates, cups, bowls, even coasters — all are on display in the Functional Glass Show at Flame Run. The objects by the in-house studio artists are displayed in table settings for inspiration. “(There’s) art in everyday objects,” says gallery manager Tiffany Ackerman. “It isn’t unattainable, doesn’t have to be so sacred.” Guest featured glass artists are Pat Frost and D.H. McNabb, who add a little out-of-town flair to the mix, as well as glassblowing process scenes by photographer/glassblower Bob Cox. —Jo Anne Triplett

Forget the low scoring and constant back-and-forth running in the World Cup games; we have better things to do. For example, celebrating America’s most popular sport played predominantly with your hands. “Gridiron Glory” is the largest touring exhibition of the Pro Football Hall of Fame, which is commemorating its 50th anniversary this year. The exhibit covers 5,000 square feet with more than 200 objects on display. In addition to evolving gear, retired jerseys and historical documents of the sport, the Louisville Sports Commission is providing a special “Hometown Heroes” area dedicated to local football players who went on to have professional careers. “Gridiron Glory” also offers interactive activities, such as the Training Camp, where you can test your skills to see how you compare to the pros (you won’t). Frazier History Museum is open daily and is offering discounts to college students. —Matthew Adams