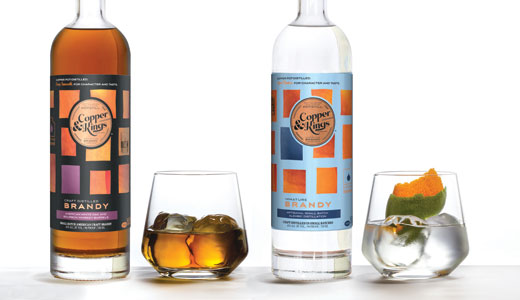 Do you know what happens when you find a stranger in the Alps? It’s that time of year again in Louisville, for the 13th year in a row now, 60 fests and 30 cities later. You’d think so many stoners would forget to come, but Louisville’s finest gathering of characters keeps on chooglin’ like their beverages will never spill. Musical guests include Those Darlins, The Features and Bobby Bare Jr., and the ever-jovial Jim Hoosier (aka Liam) returns to greet his fans. And if you’ve somehow missed the action, here’s what else you get: bowling, costume and trivia contests, and a screening of “The Big Lebowski” on the big screen. Plus, a Bill Green poster show at WHY Lou Two celebrates his art on Sunday. How you gonna keep ’em down on the farm after they’ve seen this? —Peter Berkowitz

Still currently under construction, Copper & Kings will open its doors (softly and unofficially) to the public for one night. Louisville’s first brandy distillery will offer craft cocktails, burgers from Black Rock Grille Food Truck and local music by J.K. Mabry with no entrance fee. But what does pure-pot distillation and non-chill filtration mean? Cool it. Copper & Kings also offers a preview tour of their distillery, which will include meeting the distillers, learning about the process and, yes, a tasting room. Under-age crowds who enjoy looking at brandy are welcome on tours but aren’t invited to the tasting party. Tours run every half hour, but golden tickets are limited, so be sure to RSVP. —Matthew Adams

If there are five things I love in life, they’re blues, brew, barbecue, bourbon and alliteration. The Four Roses-backed festival is now in its 17th year, bringing together beers and brisket from some of the city’s best barbecue joints: Rob-a-Que, The Q and Adam’s Ribs. Brand new this year is the Brews Tasting Area, which boasts an array of craft beers for guests to buy. And, of course, there’s no better soundtrack for eating barbecue than blues, which will be brought in full by 10 local bands and headliner Mississippi Heat. Pets and outside food and drink are banned, but chairs and blankets are welcome. If you’re on a budget, be sure to come before 6 p.m., because prices go up afterward, and $4 can buy a beer barely (probably not, but I needed another “b”). —Matthew Adams

Rally for a PlantPure Nation

In 2011, nutritional scientist and writer T. Colin Campbell came to Kentucky State Representative Tom Riner and together they created a pilot program documenting the health benefits of a plant-based diet. After taking their insulin, lobbyists immediately fought to significantly dilute the bill. The documentary “PlantPure Nation” follows the story incited by this event and will be filming its final scenes at the celebratory rally for a PlantPure Nation. Campbell and his son, who directed the film, will be speaking, as will successful converts to plant-based diets. The rally will also feature sneak-peek clips from the film and offer various plant-based foods and beverages. Music will be provided by indie-folk band Driftwood, whom I could’ve sworn I saw at McDonald’s last week, but whatever. —Matthew Adams

Lemuria is the subject of a long-disproved scientific hypothesis stating that there used to be an extra continent between India and Madagascar, explaining why those are the only places on Earth with lemurs. Lemuria is also a dancey, not-exactly-pop-punk band from Buffalo, and, as far as we can tell, is not likely to be rendered erroneous by scientists. After years of near-constant touring, they are sure to put on a great show and send their unstoppably upbeat jams through the veins of the Zanzabar crowd. The Sheena Ozzella-led trio’s newest album, last year’s The Distance is So Big, has them at their best. Portland’s prolific Ben Barnett-led Kind of Like Spitting will perform opening duties for the sunken homeland of the Lemurians. Er, the indie band. Whichever. —Ian Ording

After recording an album in the “bleary winter of 2013” in Chicago, Me Jane is ready to tackle just about anything. The Windy City quartet released its debut record July 1 on vinyl and is touring through the region this month to get folks hyped. Their album, ISON, is dedicated to a comet that fell apart after its trajectory took it too close to the sun a year after it was discovered in 2012. The four ladies from the shores of Lake Michigan jam some post-punk indie rock punctuated by frequent synth flairs and riffs that should both get the Rudyard Kipling crowd on its feet and adequately honor the flaming rock in space that is their album’s namesake. On tour with them is CITRIN3, who will put on a DJ set at the show. —Ian Ording

Death Blues is the side project of Jon Mueller, also known for Pele, Collections of Colonies of Bees and the Bon Iver-associated Volcano Choir, and I could not think of a better name for the music he creates here. The music is percussion-heavy with some acoustic guitar, and features no vocals. It is best described as a modern rock, trance-like form of music that only slightly reminds me of Gregorian chants I listened to in my Music in Western Civilization class. Past audiences have described Death Blues’ live trio performances as “resilient, intense and meditative.” The new LP Non-Fiction, released this month by Sige Records, will be on display in what is described as a “rare tour.” Louisville’s own Keenan Lawler kicks off the night. —Olivia Krauth

You can expect certain things when viewing a Julius Friedman photograph, such as a stratospheric skill level and an eye for minute detail. While the title of his latest exhibition “Ballet & Botanica” tells you what you will see, it’s the subtitle “A Show of Beauty, Grace and Form” that hints at what you will feel. Friedman’s iconic 1980 Louisville Ballet poster with a ballerina’s toe shoe gently perched atop an egg is a direct line to one of his favorite muses, the ballet dancer Erica De La O. Her twirling images are a highlight in the vast body of his work. His floral shots are practically botany lessons, zeroing in so close that the subject becomes an abstracted question mark. We are made privy to the beauty of details. —Jo Anne Triplett

There’s a lot to live up to when your name ties you to a place. Kathy Seelbach Hunter has the obvious connection to the Seelbach Hilton Hotel, founded by her great-grandfather in 1905. But it’s Hunter’s interest in photography that ties her to other Seelbachs, her grandfather and father, who were amateur photographers. Her favorite subjects are a family affair as well. Hunter’s interest in horses and the outdoors comes from uncles who own Hermitage Farms and Tabasco Cat. After a lifetime of experience, Hunter opened her photography business in 2007. She now has the time “to capture these subjects as poetry in motion and spirit or as a splendor in nature,” she says. Hunter’s reception will be part of Gallery 104’s “Meet the Artist” event on July 26 from 5-8 p.m. —Jo Anne Triplett

After spending five decades delighting movie-watchers and theater-goers, “Mary Poppins” has made its way to Derby Dinner Playhouse, one of the longest continually operated dinner theaters in the country. Unlike many, I take great pride in the fact that I do not watch Disney movies, listen to their soundtracks or quote famous lines from their screenplays like several of my friends. If you are like me and have never seen the famous movie, here’s the basic plot: Two children send several nannies packing before Mary Poppins arrives. Unlike those before her, Poppins sticks around, showing the family how to stick together with the help of a little magic. The Tony-nominated musical is the second in the playhouse’s 2014-15 season. —Olivia Krauth