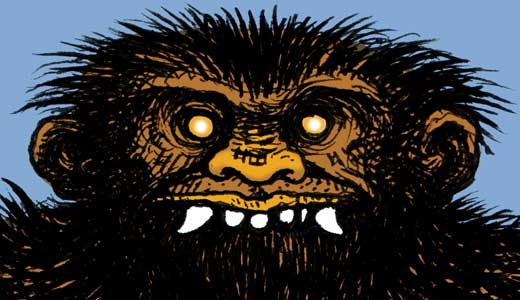 On this fine Wednesday evening, you can treat yourself to not just one but two jazz groups from our nation’s capital. Team Players and Liver Quiver will be hosting an event dubbed “Washington, D.C., Jazz Collective Night.” Team Players is headed by the currently D.C.-based Louisville native and bandleader Brad Linde. He also helms the jazz trio Underwater Ghost and the groups Gingerbread and Dix Out. Linde is a highly sought after lecturer on jazz history and musical improvisation. One of his bandmates, guitarist Aaron Quinn, is the leading man on the six-string for Liver Quiver. Linde brings the experience of working with notable jazz musicians such as Lee Konitz, Teddy Charles and Barry Harris to Market Street with his two-sax quartet. —Ian Ording

A single loss in a young career won’t stop one up-and-coming diva from dazzling crowds. If you tuned into this year’s season of “RuPaul’s Drag Race,” you are familiar with young yet seasoned queen Trinity K. Bonet. Born Joshua Jones, the Atlanta native was ousted in the ninth episode despite wowing audiences, especially in the “Comedy Queens” episode. She has been performing drag since the wee age of 15 and will bring all of that fabulous experience to Play with the Play Mates. Bonet recently opened up on an episode of “Untucked” about being HIV positive, but tells her fans — or as she calls them, her Transformers — to not feel sorry for her. “There’s people living with much worse,” she says. —Ian Ording

Apologies if my next two sentences make you feel old. Do you remember “Tales from the Crypt,” the HBO television show with the creepy intro featuring a cackling skeleton? That program debuted 25 years ago last month. The film buffs behind the local podcast “Movie Meltdown” probably already knew that. They know a lot of stuff, including how to throw an awesome event. On Friday, the gang channels that beloved horror anthology with their Cryptid Carnival. The event will feature a “Tales from the Cryptids” original art show, live music (from bands Sweatermeat and The Formalities) and a screening of the film “The Legend of the Pope Lick Monster.” Director Ron Schildknecht will be on hand to answer some questions. —April Corbin

Remember that time you had Spinelli’s sober? Nah, I’m kidding. The pizzeria, which delivers until 4:30 a.m., is hosting its first ever weekend-long art festival, which will include live street art and music. The live painting will come from both local and national street artists, who, from noon-6 p.m., will be spread among all Spinelli’s locations save St. Matthews. Afterwards, Identity Customs, Tim Faulkner Gallery, Electric Blue Tattoo and Ultra Pop! will be hosting art shows until 11 p.m. And if you really like doing things that much, Spinelli’s Downtown is throwing an after party Friday night until 5 a.m. that’ll feature live music from local label Little Heart Records. Saturday night, rapper Freeway, who recently released a collaborative EP with Girl Talk, will be performing at Spinelli’s Downtown. Admission for the show is $22, the only cost of the weekend. —Matthew Adams

Some of the oldest civilizations and cultures derived from the rich and vast continent of Africa. As a result, the nations therein are home to some of the most ancient and long-running cultures and art. In 2012, Margaret and Frederick Merida donated a substantial collection of African art to the Hite Art Institute at the University of Louisville, and this summer, for the first time, it is available for public viewing. The pieces, largely sculpture-based, come from nations ranging from Nigeria to Cote d’Ivoire to Sierra Leone to every soccer fan’s favorite, Ghana. The collection of 40 works is available for everyone to view free of charge starting at the reception on Friday from 5:30-7:30 p.m. —Ian Ording

Rebecca Norton and Nicolas Jorcino have created a world that is “In Between.” This exhibition of their paintings focuses on the illusion of depth with its sense of “come on in.” Except you can’t. “I began this series of paintings a few years ago while exploring different aspects and similarities between (architecture and urban planning) and painting,” Jorcino says. “In these images, the process is revealed more as an intellectual exercise than a physical execution.” Norton’s sense of perception comes with a story. “I ‘tell’ the tale of travel to a bell shop in Berlin,” she explains. “In my new work, I want to capture an unfolding experience of wonder and melody …” The opening reception is Friday from 6-8 p.m. —Jo Anne Triplett

The only thing better than one rowdy roller derby match? Three rowdy roller derby matches. To mark the end of their 2014 season, the Derby City Roller Girls are presenting their first-ever tripleheader this weekend. The special event will feature matches for all three levels of our local flat-track roller derby empire. The Lil Sluggers, the youth team, will kick things off at 4:30 p.m. with a game against a squad from western Kentucky. The Bourbon Brawlers, the B-team, will follow with their own game at 6 p.m. against the B-team from the Battle Creek Cereal Killers of Battle Creek, Mich. The main event at 8 p.m. will pit the Roller Girls’ A-team, The All Stars, against the Cereal Killers’ A-team. Both the All Stars (4-2) and The Bourbon Brawlers (2-1) currently have winning records, so expect a competitive and spirited event. —April Corbin

The weather is ripe for a pub crawl, wouldn’t you agree? LEO is hosting its own version of a pub crawl, which is geared more for the beer-lover than the shot-taker. Titled Tap that Craft, a party bus will take thirsty patrons to and from four breweries — BBC Tap Room, Great Flood Brewing Co., Apocalypse Brew Works and Falls City — where you’ll get to sample their beer, talk to the brewers and discuss with others your stance on hops. Each person will also get a growler you can fill when you find your favorite. The event starts and ends at Diamond’s Pub in the Highlands, and after the tour is done, Diamond’s will offer free appetizers and pool to help soak up and wear off your beer buzz. Go to leoweekly.com/events to secure your spot on the bus. —Sara Havens

When I hear the phrase “art show,” my mind immediately goes to a scene where wealthy socialites walk around with other wealthy socialites, sipping champagne and gazing at art pieces that only they can afford. “A Cold 40” is an art show with the exact opposite in mind. The event aims to be more relaxed, offering local art at affordable prices for the average, non-socialite crowd. When I say “affordable,” I mean $40 and under, hence the name of the event. Pieces come from Louisville artists including Miss Happy Pink, Robby Davis, Damon Thompson, Matt Haas and LEO’s own John J. Cobb. Cold brews and food trucks Boo Boo Smoke Shack and Grind Burger Kitchen will also be present. —Olivia Krauth

Before you go any further into this staffpick: This contest has nothing to do with being dainty like a handkerchief. Instead, it is a physical competition, and the “dainty” is a noun, not an adjective. Here’s what happens: A small stick lays on the ground and is hit by a longer stick held by the participant. The stick then bounces into the air, and the participant tries to hit it. The person who hits it the farthest wins. While it sounds confusing and looks difficult, the contest is popular enough to be returning for its 44th year. Participants must be at least 45, and winner gets bragging rights for the full calendar year. If you are too young or uncoordinated to participate, check out the inaugural Dainty Festival — food, vendors and live music that coincide with the competition. —Olivia Krauth

Jewelry maker, wood salvager, a man who just really wants to go to the beach — all of these titles aptly describe local artist Bobby Hinkel. Hinkel’s art career began after bringing home a wire ring he bought from a craft fair for his wife. His wife responded, “Couldn’t you just make me this?” (my words, not his), and the rest is relatively recent history. But Hinkel’s true calling harkened as he noticed wooden pallets being thrown away at his full-time shipping job, as if they were merely wooden shipping pallets! His latest exhibition features a variety of wall art upcycled and created from found wood. As far as subject matter, Hinkel has his favorite: “Painting beach themes is most rewarding. I’ve never been to the beach.” And he hasn’t even heard about driftwood yet. —Matthew Adams

Archives & Special Collections, U of L

I’m a cat person. That said, I have nothing against dogs and have even owned a couple. So if a photography exhibition featuring dogs doesn’t make me salivate (like a dog), it at least makes me stop for a look. Except the press release states, “This exhibit is not really about dogs.” “The idea for ‘Dog Days’ came from an inventory …,” says curator Marcy Werner. “We found ourselves stopping to admire the many photographs of dogs. We were stopping a lot. It is striking how many photographers saved a frame or two for the dog, even in times when film was not cheap or easy to use. From our oldest acquisition to our newest fine prints, ‘Dog Days’ contains historic, touching and unique moments captured with dogs.” —Jo Anne Triplett