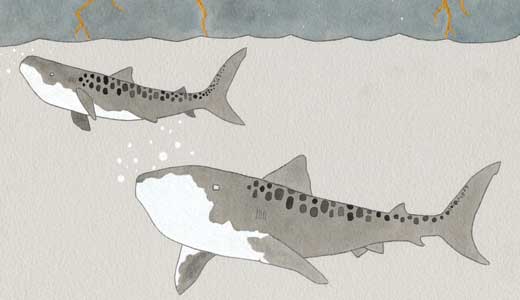 They’re back! Thousands of vintage cars and pumped-up street rods will roam around Louisville this weekend. For the 17th year, the Derby City will host the National Street Rod Association’s Street Rod Nationals Plus. An estimated 15,000 cars will be on display for car lovers to observe and enjoy. With some valued at around $150,000, nearly every kind of automobile — both new and old — will be on display. Car-related festivities include auto-parts swapping and a trade show. For those who are not car fans, there’s an arts and crafts fair, as well as live music Friday and Saturday. Can’t make it this year? That’s fine — Louisville will play host to the event through 2020. —Olivia Krauth

The end of summer is nigh, which means teenagers need to rake in those good times before they are consumed by mounds of algebra homework. One opportunity to do so happens this weekend at AnimeCon, a daylong celebration of Asian culture and Japanese-style animation. The annual event is part of Louisville Free Public Library’s Teen Summer Reading Program and will feature a Yu-Gi-Oh tournament, a Zen Garden and a Ramen Noodle eating contest. The Cardinal K-Pop Dance Team and Crescent Moon Dancers will also perform, with the latter showcasing traditional dances from Uzbekistan. Dress-up is encouraged but not required, as there will be a cosplay contest. —April Corbin

Louisville’s East End will welcome one of country and acoustic roots music’s most prolific and lauded musicians. Jerry Douglas, recipient of 13 Grammy awards and three-time CMA Musician of the Year, will bring his plucking to the stage of the Kentucky Country Day Theater on Friday. Douglas has performed as a member of Alison Krauss and Union Station, put out 13 solo albums, and also contributed to hundreds of records by the likes of Ray Charles, Eric Clapton, Elvis Costello, Paul Simon and Dolly Parton, to name a scant few. The Warren, Ohio, native is famous for his use of the Dobro guitar, a style of guitar using a metal resonator on its face. Get out to KCD and see a living legend. —Ian Ording

Spider-Man, Spider-Man … does whatever a spider can. That is, unless that radioactive spider can handle a roast from some of Louisville’s best and most vitriolic comedians. Peter Parker and his superhero counterpart have been chosen as the target for the Young, Dumb and Full of Comedy troupe’s next show in their ongoing Celebrity Roast series. The shows are always so packed that, for the first time, they will be extending the run to two weeks. “The Roast of Spider-Man” will also run in conjunction with The Bard’s Town fourth anniversary celebration. Besides roasting Spider-Man, they will have Drunk & Sailor Pirate Sing-a-Long, a Damaged Goods Improv show, and Jake Parker Band all joining in the 11-day festivities. —Brent Owen

When owner Mary Levinsky first opened Block Party last year, she was excited to plan specific themes for each month. For August, the gallery will celebrate the release of “Sharknado 2” with a shark-themed exhibition. In accordance, there will be a bartender and DJ offering tropical cocktails and music, respectively, I hope. Guests are also urged to wear Hawaiian shirts. The work will be provided by a lineup of local artists in an array of media. As if they didn’t even see the first movie, the artists seem to be keen on actually helping the sharks. “Sharks are our friends, and that’s why we will be donating a portion of our art sales to help shark conservation,” says Levinsky. The opening is part of the First Friday Trolley Hop. Hold on, the show is in celebration of Discovery Channel’s “Shark Week.” That makes so much more sense. —Matthew Adams

‘Art Show from the Underbelly’

Despite graffiti and street art being pastimes the majority of people aren’t associated with, you’d be hard pressed to find someone who isn’t at least somewhat familiar with the work of Banksy. Louisville hosts its own prolific tagger who couldn’t be identified until last year, when police say Philip Rodriguez admitted to being the man behind the bRRR tags across the city. This came after he was arrested for stealing shirts from Regalo bearing images of the tag he sprayed on their building, claiming he had rights over that art. Starting Friday, bRRR will curate an art show featuring notable street and graffiti artists. The works of Dronex Inc., Hello Mona, Visual Crimes and Game will join pieces by bRRR himself. A reception will be hosted at the ART.FM studio on Aug. 1 from 6-11 p.m. —Ian Ording

Shayne Hull is an artistic treasure around these parts. After a career spanning 25+ years (“rarely slowing down or taking a break,” he says), he took a three-year sabbatical from art. I’m happy to report his paintings and sculptures are back on display at Swanson Contemporary. Hull says he’s “returned to making small, humorous sculptural assemblages and figures … 60 of which are featured in the exhibit. (I’m) still doing what (I do), making somewhat exaggerated, odd images of faces, though a strain of dark humor may be playing an increased role with the new works. But (I) always maintain that (my) work is meant to be lighthearted and fun, simply something people might enjoy looking at.” The opening reception is Friday from 6-9 p.m. —Jo Anne Triplett

In Louisville, the word “Wayside” is tied with community service and support. The Wayside Expression Gallery, Wayside Christian Mission’s nonprofit gallery, is no different. Its give-back mission is what drew in artist Rita Cameron, who will be exhibiting a line of Expressionistic and Romantic oil paintings this month. Cameron, who started making and exhibiting art in 1990, finds inspiration in things around her — experiences, landscapes, people and places. “This series of paintings is of places I’ve been, memories I’ve shared throughout the years that have remained with me, now coming to light in my paintings,” she says. The exhibition will be celebrated twice: first at the grand opening celebration Friday from 5-8 p.m., and again Aug. 17 from 2-4 p.m. As with all art shows at the gallery, 20 percent of each sale will go to Wayside Christian Mission. —Olivia Krauth

Dust off your fisherman’s hat and Adidas track suit (satin or velour, your choice), Fresh Fest is back for a second round. The shockingly ageless Big Daddy Kane headlines this go-round, with MC Lyte and EPMD filling out the card. For some reason, the Ying Yang Twins are also scheduled to appear, but don’t let that be a deterrent on what is otherwise a solid lineup of golden-era hip-hop. Again at the Belvedere, last year’s event had Naughty by Nature, Dana Dane and others; while this year’s Fest has fewer performers, the quality is a definite step up. Kane is a top-notch performer still, though his output of new material, like Lyte, has slowed to a trickle. His soul band Las Supper released its debut last year. EPMD, when they’re getting along, are still making quality releases, including 2008’s We Mean Business. —Damien McPherson

While writing their sophomore album, True Love Kills the Fairy Tale, composer-producer Ryan Graveface dropped off music at the home of the Greene sisters. After failed attempts to phone, Graveface stumbled in on the girls’ interesting writing process: “I walked in and Elsa was sobbing and reciting poetry while Phaedra was just staring straight ahead writing it all down, like catatonic.” I know, Phaedra’s kind of a creepy name. The result was catchy, ethereal harmonies resting somewhere between sobbing and catatonic, backed by lush electronic pop. Opening for the Savannah, Ga., trio is label-mate Dreamend, whose newest release is the second in a series of concept albums chronicling the life of a serial killer. I know, Savannah surprised me, too. —Matthew Adams

If you turn on any sports television news programming today, regardless of what time of year it is, odds are the topic will be football. But this nation’s current obsession with football is not indicative of the United States’ history of baseball love. America’s pastime is ripe with characters and events that the Baseball Project wants to bring to music. The band, composed of members of R.E.M., The Minus 5, The Dream Syndicate and Young Fresh Fellows, doesn’t have some ironic hipster name; they write songs about baseball. Their new record, 3rd, includes songs about players ranging from Dock Ellis to Alex Rodriguez to Babe Ruth and is backed by music that feels like it wouldn’t sound out of place on a ’90s college radio station. New York’s Hollis Brown opens. —Ian Ording

A dress made out of bike tires and clasps? Cardboard craft paper fashioned into a Flamenco-style dress? A vest and skirt crafted out of rubber drawer liners and key rings? Recycled items, made with an ingenuity that would make “Project Runway” proud, are on display in “KMAC Couture.” The mini-exhibition showcases some of the fashionable work by the 29 regional artists who walked the runway on April 11. The wearable art fundraiser features “clothes” based on originality, concept and creativity. Photographs of all the designs are included in the exhibition. One of the most wearable pieces on display is Megan Heinsohn’s “Bourbon Barrel Food Label” sleeveless dress. Above the full skirt is a waistband that reads, “Eat Your Bourbon.” I think it’s destined to become a Kentucky state costume. —Jo Anne Triplett