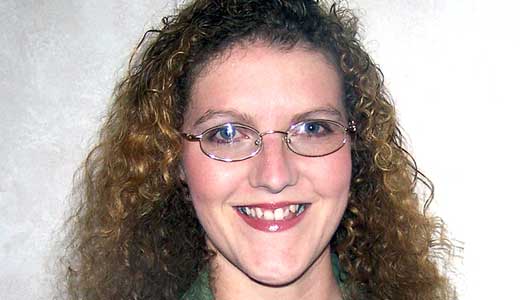 There are many who will tell you that country music is America’s homegrown music. Sure, we’re known for inventing rock ’n’ roll, but The Beatles and the Stones took that and transmogrified it into an international sensation. The recipe for country music doesn’t translate quite so easily overseas. Often forgotten in this discussion, though, is that pretty much all American country music is rooted in the folk traditions of the British Isles. The Chieftains’ Celtic colors and Ewan MacColl’s protests are only faintly audible in mainstream country today, but their influence is still strong in bluegrass, traditional country and other genres. So Fiona Young-Brown, a Brit who now lives in Lexington, wasn’t completely surprised when her Kentucky food journey kept leading her back to her native continent.

“I was asked a couple of years ago if I would like to be a judge for the Beer Cheese Festival down in Winchester, and I said, ‘Sure,’” says Young-Brown, who then wrote about beer cheese for the magazine Culture, the cheese world’s leading publication (sorry, Cheese Connoisseur). “I started looking at the history of that, and then from there, it became interesting to find ‘Where did these foods come from?’ And I think, especially coming from England, there were a lot of foods that I’d think, ‘That reminds me of something back home.’”

It’s not her first book, though it’s her tastiest (her others include “Wicked Lexington” and “Then and Now: Lexington”). A Lexingtonian for 13 years, Young-Brown also has a food blog with the self-explanatory name CrazyEnglishwomanCooks. She began blogging to share recipes, including some new ones she’d discovered in her homeland, with friends and family in England. When her publisher, Charleston, S.C.’s History Press, asked if she would be interested in writing a book about bourbon, she realized, “There are so many real bourbon experts out there that I would not feel as if I could really do it justice.” She shared her beer cheese article with them as part of a proposal to write a larger history of Kentucky’s culinary favorites and their influence. “Obviously, bourbon has a little place in there, but at the same time, I wanted it to be more about immigrants and different groups and how they’d influenced the food,” she says.

In addition to a little bit of bourbon, the book is full of poke sallet, burgoo, goetta, hogs and frogs, moonshine and, of course, beer cheese. Some invaluable and accessibly written history goes down smoothly with recipes, paired well with her outsider’s perspective. “A lot of people from all around the state sort of use the name burgoo, but there’s a lot of variation in what goes into it. And even the two recipes I included in the book are very different,” she says. “And a lot of people made it, but they’ve never actually tried it. The burgoo I had was certainly wonderful in winter. Imagine going somewhere and they have these giant cast iron cauldrons of burgoo they scoop out of.”

So, what are we best at? “I think Kentuckians really know how to cook meat. Whether it’s barbeque in western Kentucky, burgoo, fried chicken — you guys just know how to cook your meat. And I like that.” At the same time, Young-Brown has also been excited to see freshly grown vegetables making a comeback, “and really understanding that you don’t have to do a lot with them — if they’re fresh and good, then you don’t have to overcook them. Now you can just enjoy a homegrown tomato and squash.”

While she hasn’t made her way through most of Louisville’s acclaimed food options, she has managed to fall in love with Ethiopian restaurant Queen of Sheba. She also praises Seviche chef/owner Anthony Lamas. In Lexington, she favors noted chefs Ouita Michel and Jonathan Lundy. “Both of them actually really emphasize locally produced Kentucky food, and it’s interesting to see how they both put their own little twist on it, but it’s still very much Kentucky food.”

Her education has added some new favorites to her diet. A couple of years ago, she would have passed on collard greens or turnip greens; a decade ago, her first reaction to bourbon was, “Ugh, how does anyone drink this?” In other words, she says, “I’ve realized as I’ve gotten older that some things you may not like on the first try; try them again a couple of years later — you may find that your palate’s completely changed and you can’t get enough of them.”

No discussion of Kentucky cuisine’s good, bad and ugly is complete without a mention of Harland Sanders, of course. Young-Brown worked in Japan for three years, where Col. Sanders is especially popular. “There are statues of the colonel outside every Kentucky Fried Chicken restaurant. At Christmas, they put the little Santa hats on him.” But it wasn’t until she tasted some homemade fried chicken in Lexington that she learned just how different fried chicken can be in the right hands. Her research revealed that Sanders “did originally prepare the good homemade stuff — but there is very little resemblance to what you might buy now … He realized fried chicken is a very time-consuming process, or you can just batter the things and throw them in a flash fryer. And I think that’s what made the difference. Now, when you go back and you take the time to make it the traditional way, then you do get that wonderfully moist chicken and that crunchy coating — and it’s not what you’re going to get in most fast-food places.”