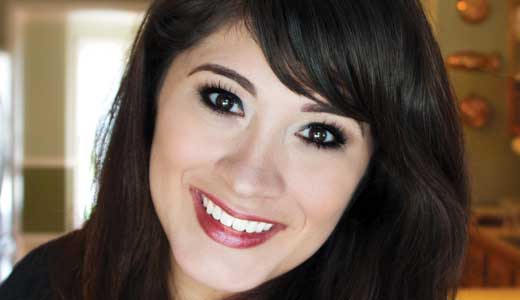 College can teach a young adult a multitude of things about her desired profession. It can be a time to hone a craft and learn how to operate in the real world.

In most likely equal measure, college years can teach students the error of their ways in selecting a major. Becca Raisor falls into the latter category.

“I went to school in New York for musical theater and decided about halfway through my stint there that I was going to come home and start cooking,” says Raisor. “I kind of decided if I followed this other passion of cooking, I could have the best of both worlds … I could mix some sort of theatrical thing with the cooking, and it was a good blend of everything.”

After ending her chase of the bright lights and stage of acting, Raisor began teaching herself how to cook. She studied Julia Child’s cook books and Le Cordon Bleu textbooks to get a grasp on the French bistro-style of cooking, which has been her discipline of choice ever since.

For the past three years, Raisor has been a private chef working on a sort of freelance basis, crafting meals for dinner parties. She has maintained a bit of an under-the-radar approach, never splurging on billboard space, newspaper ads or the like.

“It really just started taking off. I really didn’t do any sort of advertising. I didn’t do any business cards or Facebook,” she says. “And it’s really been through word-of-mouth and coincidence.”

Her proximity to those who can afford such an evening has been a boon for her enterprise.

“It’s spread to more of the elite crowd in Louisville. We were able to make a lot of friends with a lot more money than we have,” she explains with a laugh.

Her operation wasn’t an overnight success. It started when she and her husband began hosting dinner parties out of their home, prompting their guests to request parties of their own.

“They were, like, ‘We’d like to do an event at our house. We really liked what you did tonight, and it’s been a fun experience, but I’d like to do it with my little group of friends.’”

However, the parties don’t come cheap. Raisor says she charges $100-$150 per head, plus alcohol. But that price buys her customers the best ingredients that she hand-selects and, in some cases, grows herself. “I’m not just going to Kroger and buying a piece of meat,” she says.

Raisor’s quest for excellence has earned the attention of one of the bigger names in the food television industry and a chance to make that theatrical dream come true.

“I watched (“The Taste”) with my husband … and I was very familiar with Nigella (Lawson) and Anthony (Bourdain), and watching it, I realized, ‘Oh wow, Ludo (Lefebvre) is really cool and he’s a French chef and we have a lot in common,’” she enthuses.

Shortly after that night watching ABC’s cooking competition show, Lefebvre got in touch with Raisor about auditioning in Chicago.

“It was over Instagram,” she says of the initial contact. “It was out of the blue; I said something, maybe, about one of his photos, and he said, ‘I’ve been looking at your photos and I really like your stuff.’”

Raisor is fresh off her trip to the Windy City to show off her chops to the folks running “The Taste,” and she feels confident about her performance. She says she prepared a dish that combined her love of French bistro and her roots here in Louisville with grits and locally grown beef and cheese.

“It was cool that I got to represent this area, and they were really stunned (to learn) I was from Louisville, Ky.,” she says. “They did ask about the Derby, because that’s the only thing people tend to know about Kentucky.”

Should she make it on the show, Raisor could join the likes of Louisville-area chef/TV star Damaris Phillips, who won the “Food Network Star” contest last August. Raisor says whether or not she makes the cut for “The Taste,” she would entertain trying out for other such shows, as it would be a good way to get her name out there for her business.

Branching out in terms of locations for her dinners, in places like Chicago or New York, is also on the horizon for Raisor. She also hopes to expand internationally, specifically to France.

In addition to cooking, Raisor is starting a blog called “Bushel” that will go live in a couple of weeks.

“I literally started teaching myself CSS coding and HTML coding just to get this thing up,” she says. “It’s a food and travel blog; it documents what I’m doing. I’m cooking all the time, and my kids are involved.”

Her endgame? Making it to the home of the culinary school she so loves.

“I think the big goal is to eventually own a home in France,” she says. “I love French culture. We celebrate French holidays in the house. My kids are learning French. It’s so important to me and so important to my family to one day get there.”