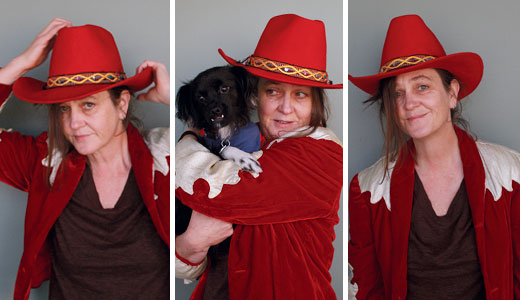 Ernest Shackleton and his crew left England for Antarctica in August of 1914, the month the First World War began. Their ship Endurance was trapped by sea ice and crushed. They were marooned for nearly a year and a half. In May of 1916, when Shackleton finally reached civilization, his first question was, “Tell me, when was the war over?”

“The war is not over,” was the answer. “Millions are being killed. Europe is mad. The world is mad.”

“Over by Christmas” was the slogan as the British marched off to France. The Kaiser told German soldiers they’d be home before the leaves fell. Then they started digging trenches and putting up barbed wire. The war lasted four years. The geopolitical mess has lasted 100.

The United States has now been at war for 13 years. The cost in human lives and capital — and the enormous profits reaped by some — will remain incalculable.

During WWI, almost an entire generation of the British ruling class was killed. Today, our active military is drawn almost entirely from the disenfranchised underclass. Americans don’t seem to mind much if poor kids want to trade a few years of being shot at for a job and maybe a free college education. The children of the rich aren’t expected to participate.

Credence Clearwater Revival’s awesome Vietnam-era song “Fortunate Son” has righteous anger that is so difficult to put across. CCR’s signature swampy sound — chiming guitars and hoarse, shrieking vocals — is perfect. The song makes me really mad and really happy every time I hear it. It ain’t me, it ain’t me, I ain’t no senator’s son ...

George W. Bush’s dad was just a congressman at the time, but that was good enough to make sure his son was sent to Texas instead of Vietnam. George W. is alone in his painting studio right now, working on one of his dog portraits. Maybe he’s still rockin’ out to his Fourth of July playlist. Perhaps some Toby Keith … And you’ll be sorry that you messed with the U.S. of A. / ’Cause we’ll put a boot in your ass, it’s the American way.

George is staring at a Polaroid pinned to his easel. He’s studying the way photographs freeze light. They give you a chance to figure out what the hell you’re actually seeing — stuff that just seems like chaos when everything is moving so fast.

Compress a Bichon Frisé into two dimensions and it’s easy to see the patterns of light and shadow that define the edge of a furry white ear against a furry white neck. The dog is white, but there’s more to it than that. Thinking this hard is like driving through a series of tunnels; your eyes are adjusting to the light and you can almost see, then it all goes dark again.

A domestic worker, or the former president’s lovely wife Laura, has just brought W. a nice cool glass of sweet tea. Maybe he’s drinking a Busch Light now that no one cares if he falls out drunk and hits his head on the coffee table.

George W. Bush spends his days painting portraits of dogs and clearing brush. He isn’t wandering the streets of Austin tormented by guilt and strung out on meth. He isn’t keening for the dead, unable to sleep for fear of nightmares. That’s because the capricious God of the born-again forgave him long ago for all the killing and destruction he initiated.

George W. has moved quickly into doddering, elderly Ronald Reagan territory. It’s unseemly to still hate him. He’s basically a harmless, likable old guy. I love dog portraits, and seeing the former president’s clumsy, heartfelt, outsider paintings humanizes him. But the war in Iraq wasn’t just an honest mistake made by ill-informed people with good intentions. The decision to start bombing Baghdad was based on thoroughly calculated lies. It was fueled by greed, religious zealotry, willful ignorance and an extremely low appraisal of the value of a human life — most notably the lives of strange, dark-skinned foreign people.

Like his art, the murder and destruction he so willfully unleashed is going to outlive him.

Catherine Irwin is a painter living in Louisville.