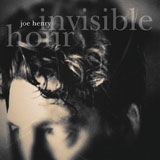 Joe Henry’s latest is both an extension of recurring themes and a return from whence he came. His marketing materials refer to the album as a treatise on marriage, but a parallel can be made to divorcing from the industry as it is and a wistful remembrance of the business of art that once was. Henry has never fully exorcised his country roots (even when that silly “alt-” appendage existed), but Invisible Hour is a two-armed embrace of those sounds, albeit with his son Levon’s woodwind flourishes. As with most Joe Henry albums, the experience is enhanced exponentially by slowing down as you listen — read along with the album’s lyric book, pause, soak and reflect. This may not be my favorite hour in his catalog, but it will likely still be seen on my year’s best list.