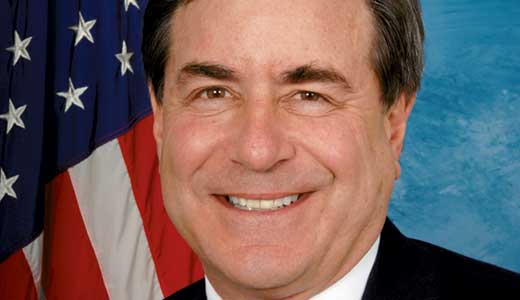 In 1854, Abraham Lincoln wrote that the “object of government is to do for a community of people whatever they need to have done, but cannot do at all, or cannot so well do, for themselves, in their separate and individual capacities.” Lincoln believed, in other words, that government is how we organize our responsibilities to each other.

Today, Republicans have a different view. After four years of a GOP House slashing the social safety net, millions of Americans are going without, and Congress finds itself at a crossroads.

We could continue down the path guided by a small-government-at-any-cost ideology that would further reduce commitments to our basic responsibilities and accelerate established cycles of poverty. Or we can return to the path envisioned by President Lincoln, where government naturally assumes a smaller role — not by refusing to meet its responsibilities, but because in meeting those responsibilities fully, the need for government diminishes.

Taking responsible steps to reduce poverty is not merely a moral imperative but an economic one. And Congress should act now.

First, we must protect our social safety net. This is crucial not only for those who require assistance — many of whom are full-time workers, children, seniors, disabled Americans and veterans — but also for our economy as a whole. Federal assistance helps millions of Americans escape poverty every year by providing the stability needed to take advantage of new opportunities. In fact, it is our safety net that allows full participation in the economy. More Americans purchasing goods means more Americans making them, which means more American jobs.

Yet 69 percent of the cuts in the Republicans’ budget come from our safety net — including Medicaid, nutrition assistance and housing — while it ends the Medicare guarantee and raises prescription drug costs for seniors. If we expect to have any hope of reducing poverty in generations to come, we need a strong safety net today.

Second, we must pursue an agenda of opportunity for workers today and in the future. The minimum wage should be a living wage. Contrary to the myth, more than two-thirds of minimum-wage workers are adults, and one in four is raising children. Currently, minimum-wage workers earn $15,080 a year for full-time work — 36 percent below the poverty level. To make ends meet, many rely on taxpayer assistance — more than $3,800 per fast-food employee each year, according to the National Employment Law Project. That’s $1.2 billion annually in government assistance to McDonald’s employees alone.

A higher minimum wage will immediately reduce dependence on public assistance, increase the spending power of millions of American consumers, and help workers take the steps necessary to break the cycle of poverty.

Third, Congress must help create an environment where businesses and workers can grow and thrive. This means long overdue infrastructure investments in roads, bridges, water systems and grids — which will create tens of thousands of jobs immediately. But it also means investing in our human capital by making education accessible for every American and ensuring each is ready for the jobs of the future through training programs that focus on high-demand fields.

President Lincoln couldn’t have envisioned the complex problems we face now. But when he wrote that government “embraces all which, in its nature, and without wrong, requires combined action, as public roads and highways, public schools, charities, pauperism, orphanages, estates of the deceased, and the machinery of government itself,” he had a good handle on what it meant to use government as a tool to provide the stability and opportunity needed to attack poverty.

We don’t call it pauperism anymore, but what Lincoln wrote applies in our time as much as it did in his own.

Congressman John Yarmuth is a member of the House Budget Committee and the Democratic Whip’s Task Force on Poverty, Income Inequality, and Opportunity. He is also the founder of LEO.