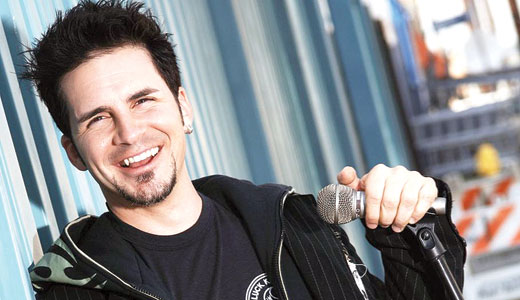 You know Hal Sparks. He’s that guy you’ve seen everywhere in everything. He’s a pop-culture fixture that appears so often, you hardly even notice him anymore. A native Kentuckian, Sparks was born and raised in northern Kentucky and even lived in Louisville for a time. In Chicago, he began working with the world-renowned sketch comedy troupe Second City while doing stand-up on the side. He was one of the hosts of E!’s “Talk Soup” (predecessor to “The Soup”), starred on the groundbreaking Showtime drama “Queer as Folk” and pops up regularly on VH1’s “I Love the …” series.

LEO: Coming back to Louisville, will it be like a reunion for you?
Hal Sparks: Yeah, I’ll get to go see my folks. The rest of my family is kind of spread across the state, but they’re all in driving distance, so it’s not like I’m going to get out of seeing every member of my family while I’m there. And as far as audience, it’s usually a good mix of friends I didn’t know now lived in Louisville and people I haven’t seen since the third grade.

LEO: Did becoming a father affect your comedy at all?
HS: No. I always wanted to be a dad and always envisioned a life where I’d want my kids to live comfortably and have a lot of options in their life that I didn’t have growing up. So, when you’re coming from that point of view, it feeds your comedy anyway. It may have cemented it a little, but not much.

LEO: “Talk Soup” was so great, and now, everywhere you turn, there’s a new show that looks just like it. What happened to originality?
HS: We haven’t seen originality since the days of radio. But truthfully, unlike most industries, television is the one place where production has gotten way cheaper, and the number of outlets has drastically increased. You have thousands of channels all looking for original programming, so they’re going to go with what they see works.

LEO: “Queer As Folk” was way ahead of its time.
HS: Yeah, that was kinda the point, I think. You had to have something on gay America, because no one was going there … we went there.

LEO: Every time I feel like America is progressing, we get a Hobby Lobby ruling that sets equal rights back a step. How is it we’re not past these issues yet?
HS: If we were ready, these things wouldn’t have to be passed into law first. The crawl of progress is precisely that, but it’s unstoppable. I think it’s weird that the oldest people in the country are the ones making decisions for us, when something like equality is often a generational issue. I think Antonin Scalia is going to have a very different opinion of equality than his 25-year-old grandson, but it’s his grandson who will have to live with it. It’s the nature of human beings evolving — it’s going to be one step forward and five steps back sometimes.