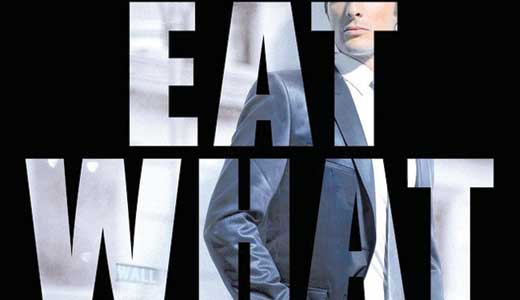 One of LEO’s early contributors has delivered a debut novel that could be characterized as a modern financial thriller. Perhaps it’s better to consider this a satirical look at developing a personal philosophy dominated by avarice. The author is attempting enough plot to fill a thicker volume, but he wants it to be a very fast read (even as characters and subplots with considerable potential get pitched off to the side).

Protagonist Evan Stoess has the modern American equivalent of a Dickensian history — raised in poverty just outside of New York City, but endowed with a little something extra (a free ride at an exclusive private school) so that he is constantly reminded of how he doesn’t belong among the wealthy elite. And it is in their midst that Evan wants to stay. The novel quickly gets us into Evan’s intended career as a Wall Street research analyst — he proceeds with an eye toward quickly becoming the sort of manager who can order stock traders around just to pad his own bonuses. Can a small pharmacological startup in Louisville serve as his express elevator to the plush penthouse lifestyle? It seems to be coming together too quickly and cleanly.

The structure of this novel is interesting, but its potential for success isn’t immediately clear. Many of the chapters are downright miniscule — though that may help even the most ADHD of readers feel they’re progressing while otherwise multitasking, it also short-circuits many chances to understand character nuance. Many are the pages where there is no sympathetic character in sight. There are also some odd vignettes, including flashbacks, pointing toward Evan’s capacity for campaigns of vengeance over slights that get on his nerves. Evan also ruminates on how his schooling pointed him toward modern literary and philosophical stars that stood by self-interest as a credo. (Ayn Rand figures prominently.)

How far will our “hero” go when it seems the gold ring will always be out of his grasp? As it turns out, he’ll go so far that the latter two-thirds of the book seem to be a completely different work — it’s in a much more propulsive gear, with many more indulgences. For quite a while, the earlier well-developed evocations of Camus must run elbow-to-elbow with shorthand references to “American Psycho” and “Scarface.” References to luxury brands reach saturation — and eventually diminishing returns. Evan is offered the opportunity to sell his soul completely, heading toward a sort of vicious but gold-plated denouement … and it is because of the earlier moments of underdevelopment that important turns near the end feel rushed and pushed.

Not that the entire story hasn’t been constructed with a regular flow of knowing winks. Scofield took considerable care in setting the succeeding stages of his pilgrim’s progress. But he also wants to blend high and low culture as refreshing window dressing, and that may cut into the satisfaction of seeing the story play out. “Eat What You Kill” comes close to a new spin on how to put over a pulp thriller that brings along some moral heft. Revisiting this quirky work — perhaps when the sequel shows up — would seem to be in order.