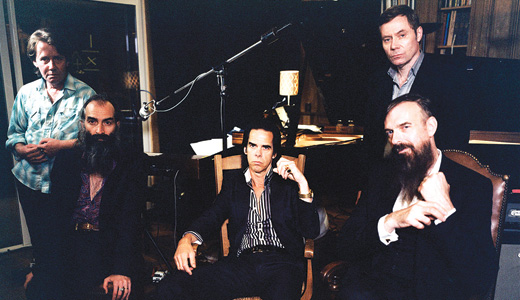 Come on, come on, and dance all night
Despite the heat, it’ll be alright
And babe, don’t you know it’s a pity
The days can’t be like the nights
In the summer, in the city
—“Summer in the City” by John Sebastian

School’s out for summer, and the world is yours. Or is it? Louisville’s ever fertile live music scene overflows with options throughout the next three-and-a-half months, so here’s a handy guide to help you choose your own adventure. Check out each venue’s site for more details and updates, and wear sunscreen.

Bicentennial Park’s series continues with James Wallace and the Naked Light and Machines Are People Too; Rye offers Rueben and the Dark on their patio (ryeonmarket.com); and Fourth Street Live has an evening with Neon Trees (4thstlive.com).

JULY
The big event this month, as always, is the Forecastle Festival at Waterfront Park (July 18-20), this time starring OutKast, Jack White, Beck, The Replacements, Nickel Creek and Slint (forecastlefest.com). Lebowski Fest takes the weekend before (July 11-12) with Those Darlins, The Features and Bobby Bare Jr. (lebowskifest.com).

The Palace has Rick Springfield, Maxwell and Yes (but not all at once, sadly). Iroquois Amphitheater got ZZ Top.

Headliners has The Neighbourhood, Bombadil, Greg Ginn’s resurrection of the Black Flag name and a late-night post-Forecastle show with St. Paul and the Broken Bones. Mercury Ballroom fills up with Xavier Rudd, Bob Schneider, Matt Nathanson and more.

Zanzabar’s headliners include the Felice Brothers, Tony Lucca, Lee Bains III & the Glory Fires, Lemuria, Hundred Waters and Wye Oak. The New Vintage has a coup with a Swans and Xiu Xiu double bill, plus Freekbass, Will Kimbrough, Ponyshow, the Devon Allman Band and the Brian Olive Band.

“Waterfront Wednesday” ends the month with a lineup not announced at press time.

AUGUST
The end of summer fun — for the kids, at least — is a good month to see a pair of popular ladies, as Miley Cyrus and Katy Perry both set up their carnivals in the KFC Yum! Center.

Based on the information we’ve received by now, the rest of the month already looks good for Iroquois Amphitheater, with Rodrigo y Gabriela and Umphrey’s McGee in a week, and the Mercury Ballroom, who bring Sick Puppies, Les Claypool’s Duo de Twang and a Daft Punk tribute act. Zanzabar offers the Baseball Project and Nancy Whang. The “Waterfront Wednesday” lineup will be anchored by Shovels and Rope.

SEPTEMBER
It’s still summer as long as “Waterfront Wednesday” is still on the Waterfront, right? Their season ends with Lake Street Dive on the 17th. The KFC Yum! Center still has the Black Keys to open you up with, while the Mercury Ballroom’s star power includes the new duo of vets Nick Carter and Jordan Knight. That’s right. The possibilities are truly endless this summer.