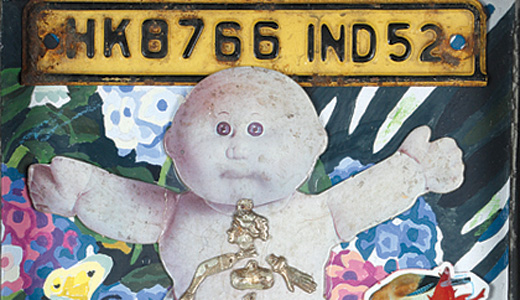 Pickin’ For The Paws

“Help control the animal population. Have your pets spayed or neutered.” These wise words of Bob Barker are easier for some of us to follow than others. Here in Jefferson County, most of us have access to the Kentucky Humane Society’s SNIP Clinic for low-cost spaying or neutering, but in nearby Harrison County, Ind., no such clinic exists. In an effort to change that, the Hoosiers behind the nonprofits Animal Adoption Network and HEART Humane Society will host Pickin’ For The Paws at Fourth Street Live on Thursday. The Judge Talford Band out of Nashville will perform bluegrass covers of popular tunes. (They have promised to do “Margaritaville.”) Admission is free, though the goal is to raise at least $5,000 for the rescues, so don’t be stingy. —April Corbin

Ah, the summer mixtape. Perhaps more currently known as the summer playlist, the concept of a collection of songs that you can put on repeat for the summer has been around for decades. Bright, summery music and the quest to finally create the perfect playlist helped inspire “Summer Mixtape!,” a collection of new artwork by local artists. Brittney McCormick, aka Brittney Cat from MissHappyPink, says a juxtaposition of punk rock and kittens (among other things) influenced her works, while sisters Jenn and Steph Meyers — aka Sinisters — tried to capture the fleeting moments of summer. Yes, there will be a DJ for this opening. Free show tickets and raffles will complete the night. The exhibit will be on display through June 30. —Olivia Krauth

In their constant quest for everyone to own great art, the folks at the Regallery at Regalo are hosting an exhibit of new works by Joy Wilson. The former Louisvillian’s show, “Conversations of Space,” explores the achievement of balance. Wilson says the works are based on recent and past experiences of progression toward and involving balance. “Each piece represents an emotion or a time in my life in which I was attempting to center or ground myself,” she says. Now residing in Chicago, she says her painting style assists the subject matter. A portion of the evening’s proceeds will be donated to the Louisville AIDS Walk. The Regallery is on the second floor of the Fourth Street location of Regalo. —Ian Ording

Folk music seems to divide people pretty quickly: You either love it or can’t stand it. However, The Barefoot Movement offer songs with a unique mix of bluegrass and Americana, with a little something for everyone, even those who typically despise the folk genre. Hailing from Johnson City, Tenn., the relatively new band (their debut album Footwork came out in 2011) describes their music as having “lush harmonies, thoughtful instrumentation and memorable melodies.” Their newest album, Figures of the Year, takes listeners through a year, using each song as a musical chapter. If you were wondering, yes, it appears the band performs barefoot. This is part of downtown New Albany’s Bicentennial Park Summer Concert Series at the corner of Spring and Pearl streets. —Olivia Krauth

Most music festivals do their best to cater to everyone without making a commitment to one particular scene. This is not the case with one of the newest festivals to grace the River City. Some of the all-time greats in R&B will be performing at the KFC Yum! Center this weekend at the first ever Midwest Music Festival. From Chaka Khan to Ginuwine to Toni Braxton, the inaugural fest should wow crowds with rhythm-and-blues royalty and Grammy winners galore. The two days of this celebration of smooth tunes host nine total artists, all of whom will be performing after 7:30 p.m. on their respective days. The Festival Group plans on this becoming an annual event, so if you want more R&B weekends in the ’Ville, grab a ticket. —Ian Ording

It’s been a while since Rentheads have gotten a fix in Louisville — probably since JCC’s CenterStage production a year or two ago. The groundbreaking Broadway musical is back in town, this time as a benefit for the nonprofit troupe Acting Against Cancer (formerly Kids Acting Against Cancer), which raises money for pediatric cancer research. They’re taking over the new theater space at the Tim Faulkner Gallery in Portland, which sounds like the perfect backdrop for the urban-set storyline. Since Acting Against Cancer’s formation in 1999, the organization has raised more than $350,000 and has performed favorites like “Grease,” “High School Musical” and “Spring Awakening.” All proceeds will go to the oncology unit of Kosair Children’s Hospital, and there are discounted $12 tickets available for onstage seating. Live no day but today, and go sing along for a good cause. —Sara Havens

If you’re looking to relive the pains of basically everyone’s high school experience (bullying, a dance gone bad, supernatural powers, overbearing parents, etc.), then the Wayward Actors Company’s production of this musical adaptation of the Stephen King-penned story is for you. The titular character must deal with jerks in the halls, realizing she has a strange telekinesis she didn’t expect, a mother who abuses her, and, eventually, if you didn’t already know, having pig’s blood poured on her. Directed by Craig Nolan Highly, this “Carrie” adaptation was a Broadway hit two years ago and features music by the composers of “Footloose” and “Flashdance.” This show will no doubt give you a guaranteed bloody good time at the theater. —Ian Ording

Louisville is fortunate that we have many artists who consistently create art that clicks on many levels. Mixed-media artist Jacque Parsley is in that group. Her latest collage and assemblage works draw you in, and, before you know it, you’re questioning the meaning of life. She has a thing for doll parts that always gets to me. “I like to combine disparate imagery with old, new and personal items to create parables about the human condition,” says Parsley. “Several of these collages start with a paint-by-numbers painting from the ’50s or references to food or restaurants of that era. Each work reflects a partly told tale, a … visual narrative of memories that have been reinterpreted.” The artist reception is during the June 6 First Friday Trolley Hop from 6-10 p.m. —Jo Anne Triplett

You know the old adage that says Louisville is a melting pot? Yeah, I know that’s supposed to be America. But the Americana Community Center is celebrating the vast cultural diversity of the people who have settled by the Ohio River. The 24th annual World Festival is a blowout event for their internationally-minded cause. Sporting a $1,500 prize raffle, a beer garden, arts and crafts for the young ones and two stages worth of live musical and entertainment performances from acts such as The Monarchs and Swing ’39, the fest is sure to entertain everyone. The Americana Community Center is a nonprofit that supports Louisvillians from nearly 100 different nations, and World Fest has boasted more than 5,000 attendees who come to the free event in its most recent iterations to support Americana’s cause. —Ian Ording

It’s baaaack: Touted as “the best art fair in the ’Ville,” the Butchertown Art Fair is returning for a sixth year. Now expanding to cover a weekend, the event will host more than 80 vendors, as well as multiple food trucks, a pet adoption station and fun for the kids. Although the event is free, all proceeds from booth fees will benefit the Butchertown Neighborhood Association Inc., which focuses on preserving “the history and cultural diversity of Louisville’s Butchertown neighborhood.” The neighborhood and your collection of art won’t be the only things helped by the fair, however. Those attending are encouraged to bring donations of school supplies for Lincoln Elementary. —Olivia Krauth

Many claim authenticity in modern music, but unless you’re singing about being a middle-class white guy who grew up in a city or suburb and is now looking for love and/or is confused by it, chances are you’re playing a character. Christopher Denny’s story has all the elements needed for providing realness: He grew up impoverished in Arkansas with parents with substance abuse problems. He overcame this by suffering from some of those same problems — but then getting clean and getting a record deal. His authentically suggestive voice was compared by Pitchfork to Jimmie Dale Gilmore and Slim Whitman on the whine/yodel scale, and his manager, JT Van Zandt, should know the real deal fucked-up country singer when he sees it, as the real son of Townes. —Peter Berkowitz

‘Gates in the Meadow’

A gate without a fence is a curious thing. It’s a portal — to what? You could have walked around it, and yet it draws you to it like a magnet. The gates at Hidden Hill Nursery and Sculpture Garden by Craig Kaviar and Hidden Hill art director Katrina Pate are designed to be functional and artistic. Their placement in a meadow adds wonderment. The show includes a walking path through a 3-acre field full of native flowers and grasses. Other objects you’ll encounter in the meadow are steel hoops, birdhouses and wind-turned whirligigs. The gates leading to nowhere add to this meadow walk a sense of magic that nature can do on its own but which is made more powerful here by their addition. It’s a world of slowed down simple pleasures. —Jo Anne Triplett