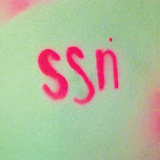 The word “pretension” is one to avoid, but one I struggle with here; can I think of something as silly without coming off as pretentious myself? That the band is named Shawn Sleeps Naked certainly implies an irreverence often mirrored in the music. On their debut, the band explores sonic terrain that sounds like Smog or the Silver Jews meets Pixies with the slightest hint of ska. The vocals are a little flat at times, but with an intentional indie melancholy, like the singer is a little bored with each moment. This isn’t to say that the music isn’t engaging or well crafted, but rather that it doesn’t seem especially concerned with taking itself very seriously. The melodies here are light and airy, and there are plenty of hooks around. SSN have crafted a perfectly fine pop album.