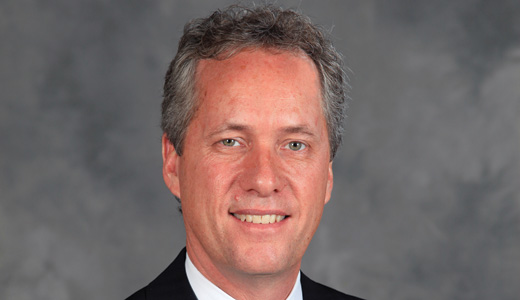 My administration has worked diligently to build excellent working relationships with both our non-union and union employees, so I’d like to fill in the information gaps in the article “Labor pains” that appeared in the May 21 edition of LEO Weekly.

Louisville Metro government currently has 27 different union contracts, each one requiring renegotiation at a defined date. This does not include the many side letters (clarifications and modifications) that arise in the normal course of business that need to be negotiated in good faith with each of our unions. Since coming into office, my administration has successfully negotiated 16 union contracts, one of which we completed before it expired, which is very unusual. Contracts should represent a balance between fiscal reality and the interest of employees for higher wages, so sometimes negotiations take time to resolve.

Regarding the May 21 article, Wes Stover, president of AFSCME Local 2629, said that 40 city workers had signed union cards to join AFSCME but had not been recognized by the administration. This fact is correct and is in agreement with the contract negotiated with and agreed to by Stover. Per the contract, no employee can enter the union without a side letter agreement. As soon as the side letter is negotiated, the employees will be recognized. This process usually takes two weeks, but due to the negotiations taking place with Stover, this side letter has not been negotiated and executed.

Next, Stover said that the reorganization of the Air Pollution Control District will “put 15 of our 19 members out of a job.” Unfortunately, Metro has to make changes that affect the employees’ jobs when those changes are considered in the best qualitative or economic interest of our citizens. While the number of layoffs necessary for the reorganization has not been finalized, I can assure Stover that the number is certain to be less than nine. Importantly, the reorganization and layoffs are fully in accord with the collective bargaining agreement Stover negotiated and agreed to.

Metro government is also accused of cutting back on hours and jobs at Metro Technology Services by hiring subcontractors. The fact is, no employee’s work hours have been reduced, and the collective bargaining agreement (again, negotiated and agreed to by Stover) allows for the hiring of subcontractors.

As for the accusation that Metro government has frozen the wages of employees at Metro Technology Services, the Revenue Commission and the Louisville Zoo, Stover must know that these groups voted down the contracts that he had helped to negotiate. In such a case, the expired contract remains in effect until a new contract can be negotiated and passed, as happened at the Zoo on April 18 of this year.

In addition, Metro government has never tried to “slide in” changes during negotiations. All have been undertaken in good faith, and all provisions have been presented to Stover before being agreed to.

Finally, Stover made a personal attack against my Labor Liaison, O’Dell Henderson, calling him “rude, arrogant and disrespectful.” Emotions can run high on all sides during negotiations. However, simply being told “No” at the bargaining table does not constitute rude, arrogant or disrespectful behavior. Henderson works in the best interests of our citizens and this administration with both professionalism and passion. He is a valued member of my team.

City employees are working to continuously improve, and I am proud of the work we are all doing in Metro government, union and non-union employees alike. We are diligent in adhering to every provision of our agreements with the unions and will continue to negotiate all contracts in good faith. This is no less than our employees and citizens expect, and this is what my administration promises.