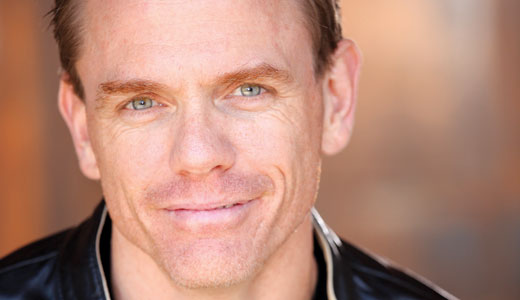 Christopher Titus is a comedian often forgotten from a generation that brought us Louis C.K., David Cross and Mitch Hedberg. But his specials “Norman Rockwell is Bleeding” and “Love is EVOL” are two of the most critically acclaimed and emotionally jarring comedy pieces of the past two decades. Now working on a new show, “Angry Pursuit of Happiness,” which he is preparing to film in September, Titus took a few minutes to talk with us about his family and comedy.

LEO: Your father was notoriously hard on you growing up. Was he a good father? And is there anything he taught you that you pass down to your children?
Christopher Titus: My kids know there aren’t a lot of participation trophies in our house. There’s not a lot of “It’s OK, honey.” If you screw up in my house, then you screw up, and you get dealt with on that level. I don’t do what my dad did, where there’s no reward on the other side: “Get good grades or your life is over” is pretty much what my dad did. I try to raise them like my dad did, only up to the point that they won’t need therapy to deal with me.

LEO: Was your father a better grandfather?
CT: You know what? He died before he had a chance to know my kids. In the new show, I talk about that a little bit. He crapped out at 58, and this new show is all about how you just don’t know … I mean, look at Tracy Morgan — he almost got taken off the planet after having a standing ovation at his show. You just never know. This new show is about how to really just enjoy the moment.

LEO: From the outset, was your material as personal as it is now?
CT: No. God no! For the first 12 years of doing comedy … well, instead of doing what I wanted to do, I was doing stuff I thought people would like. Then you realize, instead of trying to be funny, you have to be honest.

LEO: When you were growing up in a dysfunctional family, were you thinking then, “Someday this will all be funny”?
CT: No, I used to drag it around like a weight. Having your mother in a mental institution when you’re 5 isn’t exactly normal. But that’s where the jokes for “Norman Rockwell is Bleeding” came from, coping with that stuff. No one’s going to care about what I went through, so I might as well laugh at it.

LEO: Is anything too personal to talk about on stage?
CT: I tell comedians, “Nothing is off limits as long as it’s funny.” In 1996, I thought, “Why not just dig deep into my life and see what happens?” No one was doing that. I went to places, like my mom’s suicide, and other places, that I could manage to make funny. Don’t get me wrong, the first time I did it on stage — it was in Raleigh, N.C. — it was weird and I got choked up. But by the 10th time I told it, it was just another bit.