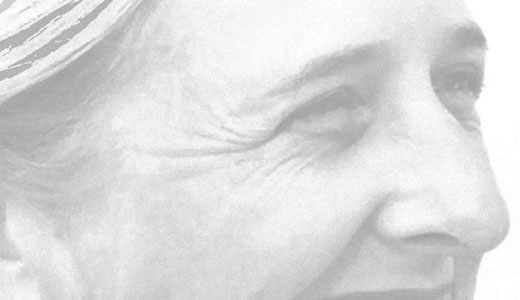 In Appalachian studies and social justice circles, Helen Matthews Lewis is an icon, and rightly so. Along with Cratis Williams, Loyal Jones, Willis D. Weatherford and a few others, Lewis helped found the field of academic study that is now a cornerstone at many colleges and universities in the region. Over the years, she produced a staggering amount of written work for an academic, who is so often burdened with course overloads, meetings and committee work — 10 books and nearly 50 articles, chapters, studies and reports, according to the introduction. But scholarship was not her only concern, a point made throughout this rich collection and even on its cover, elegantly woven into its subtitle: living social justice in Appalachia.

Lewis believed in community organizing and involvement, and she spent countless hours outside the classroom publishing influential books and articles, attending meetings, performing service work and marching in picket lines on behalf of coal miners and environmental justice. In the words of sociologist John Gaventa, she was a “participatory intellectual,” effortlessly putting her deep knowledge of mountain issues and culture into practice in the public sphere.

Lewis, who enters her 10th decade this year, collaborated with scholars and editors Patricia D. Beaver and Judi Jennings on this book, which is largely drawn from published interviews and writings, and includes observations and context from notable colleagues and students including Gaventa, Stephen L. Fisher, Maxine Waller and others. As you might assume by now, this is not a narrative book. It is academic, fragmented, filled with excerpts from scholarly papers and analysis about Lewis’ life. But in some ways, it does have a narrative arc, a quality that is a tribute to the editorial vision of Lewis, Beaver and Jennings. Arranged chronologically, the in-depth chapters record not only Lewis’ life and work, but also the social and cultural changes that have transpired in the Mountain South over the past 90 years.

The first chapter, aptly titled “The Making of an Unruly Woman,” chronicles Lewis’ formative years spent in rural Georgia, where she “became keenly aware of the role of women and saw how women could claim power in a male-dominated society” and heard a Baptist theologian preach the gospel of economic justice and racial reconciliation during her college years. The message stuck, becoming the foundation for her future scholarship and activism, which is detailed in the subsequent chapters.

We read of Lewis relocating to the southwest Virginia coalfields and teaching sociology at Clinch Valley College, where 60 percent of the student population came from mining families. There, she founded what some have deemed the first Appalachian studies program and joined the struggles for union reform, black lung benefits and coal severance tax dollars. We witness her testifying before a U.S. House of Representatives Committee, a sobering statement that still resonates: “It has always seemed to me to be an ironic situation that such a great wealth-producing area should have poverty, poor roads, inadequate health facilities and schools.”

We observe her traveling to New York with a group of students and finding camaraderie with Puerto Rican activists, and flying across the pond to Wales, exploring and researching the coal mining industry in that region of Britain as a comparison point for studying Appalachia. Both were “internal colonies,” she argued, “serving the larger economic order” at the expense of the people, land and culture. We see her studying mountain communities like Jellico, Tenn., working on behalf of women at the Highlander Research and Education Center, serving students at Berea College, and closing her circle of life by returning to her native Georgia “to pursue the radical nature of faith and its implications for radical action in the world.”

In the last chapter, titled “The Final Word,” Beaver and Jennings interview the gentle lioness in winter today. “I see connections, the big picture rather than the details,” Lewis reflects. “I try to tell the story.”

This theme is on display throughout the pages, from Lewis’ early writings about Southern black sharecroppers to her denunciation of the ravages of strip mining. An essential book for anyone seeking an in-depth understanding of Appalachia’s past and present, “Helen Matthews Lewis” offers a record of an important life and a portrait of a complex region that has always been more than the stereotypical image — ignorant, racist, misogynist, provincial — that has dominated its national perception over the past half-century. This book illustrates how far we’ve come — and how far we have left to go.