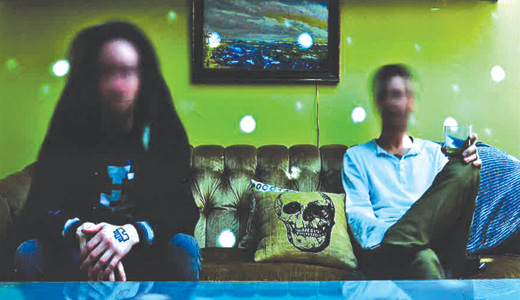 In 2010, Corey Wood and Louis Bowman were playing in a folk band, A Mourning Rain. Wood was the vocalist and guitarist while Bowman played percussion. As the members headed in different directions, Wood and Bowman continued to work together. “The idea of writing music in the same manner completely dissolved within us, but we didn’t know what kind of sound we wanted to create,” Wood says now.

LEO: Your band evolved because you wanted to incorporate disparate influences. How do you try to make all those ideas sound cohesive?

Corey Wood: I come from a vastly different musical background than Louis. Even to this day, we find ourselves at odds when it comes to liking certain bands or styles of music. So as we were finding our sound, we did not exclude any influence. If it found its way into our songwriting, we embraced it, no matter how disparate. Add onto that the fact that we have many friends who are talented musicians and were ready to collaborate, and we ended up with a mixtape of a first album.

LEO: You are now in the rap game. Discuss.

CW: Our collaboration with rapper Touch Armor Class on “Floaty Lows” was not intended to be our way of trying to enter into the Louisville rap community. It was more a product of hanging out with him and knowing we could write something solid together. We feel it adds a special flavor to the album, but those who give the rest of the album a listen will realize that we are far from hip-hop writers. One may consider us in the metal scene if they were to single out the track “The Unnamable.” Regardless of whatever game we are in, we play to win.