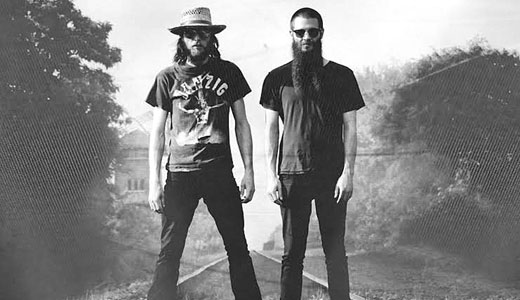 The dogs of war

Guitarist William Ragland can be heard with the bands The Revenants, All Dead, Gravework and Blood Sick. He’s also joined up with Mike Oerther to help further the latter’s decade-old Dirty Bitch project.

LEO: What do you and Mike have in common, or not, musically?

William Ragland: Mike is definitely the brains behind the band, handling the majority of the lyrics and composition. We’ve both spent plenty of time playing music that’s somewhat more aggressive, but we definitely have developed different styles. I think the combination results in a unique sound.

LEO: What do you hope to communicate with your music? You don’t sound like what your name might suggest.

WR: There exists a wide variety of themes in our music, but I think they all share common influences. There are connections within the music to altered states, hidden realities, multiple perceptions. There are those who see what’s being put into place — this concept in our brains evolved.

LEO: You’re in 23 other bands now. What do you get from Dirty Bitch that you’re not getting elsewhere?

WR: Dirty Bitch is a very different project in terms of tone and execution. It’s a more open structure, with a heavier emphasis on melody and interpretation. Our songs encourage multiple instruments. They’re set up so they can be performed with a full band, or as a simple, two-guitar setup. We’ve already worked with multiple musicians, and we’re constantly adding to the formula.

LEO: Are you making any changes?

WR: We’re very close to having a solidified lineup. Our last bass player had to drop out due to touring commitments with Slint. We’re working out a new bassist and drummer.

WR: The Dirty Bitch debut full-length has already been written. We’re currently figuring out the logistics of recording and releasing it this fall. We’re experimenting with recording in different studios and looking into capturing sounds in locations not usually used for recording.