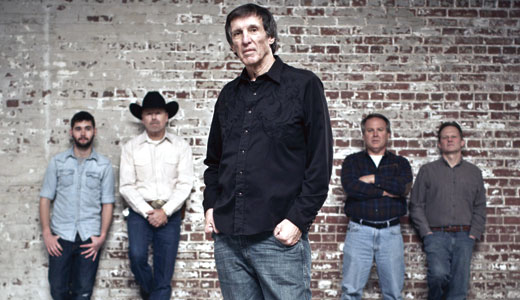 In 1960, well-known boxer Rudell Stitch drowned in the Ohio River while trying to save someone’s life. Fifty-four years later, his close friend, folk singer Mickey Clark, will celebrate his memory when Stitch is inducted into the Kentucky Athletic Hall of Fame.

Two days after the induction, Clark will have his time to shine, as his newest album, Reasons and Rhymes, launches on Friday. The album features a personal tribute to Stitch with “Song for Rudell,” as well as an excerpt of Stitch’s son speaking about his father.

“I’ve written a lot of songs, but that’s the one song I felt like I really had to write,” says Clark. “He was such a special person, and I felt like I needed to do what I could to try to get his story out there.”

Clark teamed up with his band, the Blue Norther, and producer Jim Rooney to create the record, which is more personal than past ventures. The title song is about his wife, written shortly after their 45th anniversary.

“The opening song is kind of a combination tribute to my wife and a musical autobiography,” he says.

Clark has been in the folk genre since the 1960s, when he was a graduate student at Purdue University studying statistics. “I became a graduate school dropout,” laughs Clark when talking about how he joined a folk band and began performing.

He followed the flow of the genre as it became rock, but went to Nashville when rock turned into acid rock. He stuck to his roots, staying with folk ever since. After being in Chicago, New York and Nashville, Clark is happy to be launching his newest album in Louisville.

“Louisville’s a great town. It’s a great blend of the North and the South,” he says. “Besides being home, it’s really a great city.”

Mickey Clark and the Blue Norther perform Friday at Jim Porter’s to celebrate the album’s release. Check out mickeyclark.com for more info.