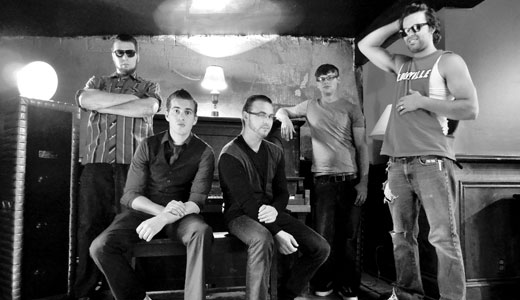 In 2011, Bandoleer Prison, featuring the Powell brothers — Aaron, Luke, Shane and William — dropped their debut album Oh, the Blood Did Fall on an unsuspecting world. The world remained mostly unaware, while LEO reviewer Damien McPherson called it “a brow-furrowing and interesting record … a lo-fi Tom Waits-meets-The-Pogues tribute,” adding that the brothers defied easy categorization and were “a band to watch.”

Three years later, they have returned with a new album, due later this summer. They play Saturday at the New Vintage with Rude Weirdo, in a show billed thusly: “2 bands, low art, some talent but mostly energy. In and out like a rabbit. No song longer than 3 minutes guaranteed.”

LEO: Are you a gang? If I see y’all on the street, should I run?

Will Powell: Not quite, but we do have a massive musical family who loves fast cars and loud music. But if you see us on the streets, running would most likely be the smarter choice. Violence is not the answer … well, at least most of the time.

LEO: How do you guys write? Do you bring in songs separately and tell the others what to play? Or do the others add to what the primary songwriter brought in initially?

Aaron Powell: Our songs are written the same way bridges are built — one man brings the blueprints and everyone else works to build it to completion.

LEO: How do you feel about reggae?

Luke Powell: We like reggae just fine, but our reasons for playing on the off beats come more from a love of ragtime than anything else.

LEO: How can one save the world?

SP: You can’t save it, ’cause it doesn’t need saving. The world is what it is and it’ll always be that way — a big greedy baby with a tendency for violence and bad taste in lovers.

LEO: Bandoleer Prison is to music what blank is to blank?

SP: We are to music what the South End is to Louisville, what Lee Marvin is to busting heads, what Captain James Hook is to Never Never Land.