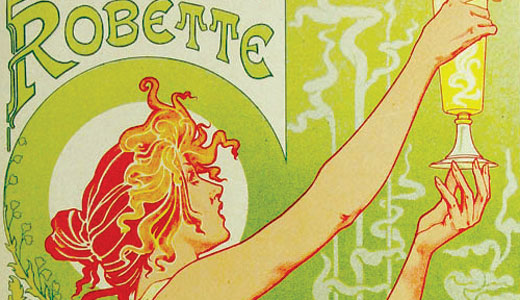 The Nazis’ preoccupation with stealing art as they scorched their way through Europe during World War II has been well recorded, especially in the documentary “The Rape of Europa” and the “Monuments Men” book and movie. An earlier film, “The Train” from 1964, is based on the memoir of art historian Rose Valland; it tells the story of how a small group of French Resistance railroad workers stopped a Nazi colonel from transporting paintings. These stories remind us that art is a major part of many nations’ identity.

Unfortunately, Europe was spent after the war, with cities in ruins and people in poverty. In 1947, Americans helped by donating goods and money for the European people in what came to be known as the Friendship Train.

The French responded in kind. Their Gratitude Train (also called the Merci Train), full of gifts including art, arrived in America in 1949. The 49 boxcars were for each of the then 48 states, with the additional one to be split between Hawaii and Washington, D.C. Kentucky’s train included French posters, which were donated to the Speed Art Museum.

These French posters were created by some of the best artists of the late 19th century. Art Nouveau, with its undulating lines and organic references, was the style of the day. Large lithographic posters, some the size of billboards, were a main source of advertising. Artist Jules Chéret recognized there was a need for smaller editions of these popular posters for collectors, resulting in his publication of “Les Maîtres de l’Affiche (The Masters of the Poster)” from 1895-1900.

The Speed’s exhibition of the Gratitude Train posters, entitled “Art of the Streets: The French Poster, 1880-1930,” features some of the big names in graphic design, such as Alphonse Mucha and Henri de Toulouse-Lautrec.

Mucha is the quintessential Art Nouveau artist. A Czech working in Paris, he became famous for his advertisements of the plays of Sarah Bernhardt. His 1896 “La Dame aux Camelias (The Lady of the Camelias)” is just one of the many posters he designed for Bernhardt during his six-year contract with her.

The Moulin Rouge nightclub owes quite a debt to Toulouse-Lautrec. While he isn’t the only artist to feature scenes from within its walls, his work is the best known. Many of the performers are shown doing that scandalous dance called the Can-Can. His 1893 “Jane Avril” highlights the French dancer who became famous because of her image in his posters.

A lesser-known artist today is Henri Privat-Livemont. A Belgian working in Paris, he designed some of the most imaginative Art Nouveau posters. His most popular advertisement is “Absinthe Robette” from 1896 of a diaphanously dressed woman holding up a glass of absinthe as if offering it to the gods.

Chéret also included a few of his own posters in “Les Maîtres de l’Affiche.” He became well known for showing young women laughing and having fun (known as “Cherettes”), as in “Théâtre de l’Opéra — Grand Fete (Grand Party at the Opera)” of 1897.