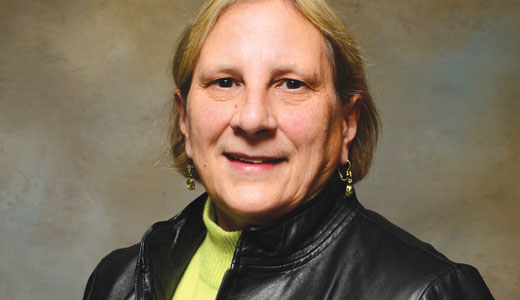 Back in February, the Louisville Metro Human Relations Commission released a 20-year action plan for fair housing, entitled “Making Louisville Home for Us All.” Funded by money from the Affirmatively Furthering Fair Housing program of the U.S. Department of Housing and Urban Development (HUD) and its Office of Fair Housing and Equal Opportunity (FHEO), the comprehensive report pinpoints 70 steps covering everything from government commitment to private economic development, from community engagement to legislative needs. Cathy Hinko, executive director of the Metropolitan Housing Coalition, which consulted on the report, called it a “game changer.”

For some national perspective, LEO caught up with Sara K. Pratt, the deputy assistant secretary for enforcement and programs at HUD/FHEO. In addition to having a mouthful of a title, Pratt is a civil rights expert who formerly practiced law in Kentucky and held several positions with the Kentucky Commission on Human Rights. We spoke to Pratt via phone before her visit to Louisville this week, where she will be the keynote speaker at the Metropolitan Housing Coalition’s annual meeting.

LEO: What’s your reaction to Louisville’s 20-year action plan? What stood out to you?

Sara K. Pratt: I’m very impressed with it. In HUD speak, we tend to talk about one-year action plans and five-year consolidated plans, sort of thinking about progress on a year-to-year basis. The 20-year scope of this plan is quite unique nationally, in my experience. In addition, its attention to detail and its engagement of various components across the community and implementing the plan is very impressive, very impressive indeed.

LEO: While this goes on locally, what needs to happen the national level?

SP: At the national level, a discussion (is happening) in community after community around the kinds of issues the Louisville plan highlights. We at HUD recognize that looking at a community from the lens of civil rights, from the lens of sustainability, from the lens of community planning are all really important. It’s not one or the other. And the fair housing lens is particularly interesting because it is designed to address long-standing patterns of racial segregation and patterns of denial and seclusion and lack of opportunity, lack of choices that still exist around the country. What I think is unique about Louisville is that the work is not only started, but it’s well underway, and the plan is really a thoughtful analysis of exactly the discussions that are, in many cases, just beginning in other communities.

LEO: One issue being addressed here is the concentration of Section 8 housing.

SP: It is not uncommon to see residential patterns that reflect concentration of Section 8 voucher holders. I want to be sure to say that correctly. Certainly that is one of the things being looked at nationally. In fact, for Louisville, it’s a back-to-the-future analysis. Issues relating to housing mobility for Section 8 voucher holders were a primary emphasis of the Kentucky Commission on Human Rights in Louisville in the 1980s, but the funding dried up and it did not continue.

Nationally, that picture is being looked at again — it is about offering a range of affordable housing choices for Section 8 voucher holders across the community and communities where they might not currently have landlords that accept Section 8 vouchers. It’s the idea of looking for opportunities that are affordable for Section 8 voucher holders in a range of neighborhoods across the community. Mobility is one way to do that, which is counseling folks and helping them to look for housing outside of the normal neighborhoods. At the community level, it’s looking to expand the landlord base, people who will accept Section 8 vouchers and examining what the options are in that area. Louisville, I think, is probably on the cusp of beginning to do that again.

LEO: It’s one thing to tell people they should be accepting. Enforcing that is a whole different story.

SP: The Fair Housing Act covers discrimination based on race and national origin and discrimination against families with children. Louisville does not at the moment have a private fair housing group. It has had one in the past, but that organization no longer exists. Those kinds of groups around the country tend to do investigations, sometimes testing to examine the nature and extent of discrimination in the community. Those kinds of projects look for the more overt discrimination, but also the more subtle discrimination.

Some groups are also examining the extent to which discrimination based on source of income may be occurring as a way of illuminating barriers that might confront Section 8 voucher holders. Is it race? Is it the fact they have a voucher? Is it something else? That’s an area where Louisville’s work could be illuminated by some activities around that issue that are going on in other communities across the country. Louisville, unfortunately, does not have an organization right now that is dedicated to that activity.

To read the “Making Louisville Home for Us All: A 20-year Action Plan for Fair Housing” report, visit louisville.edu/braden or metropolitanhousing.org.