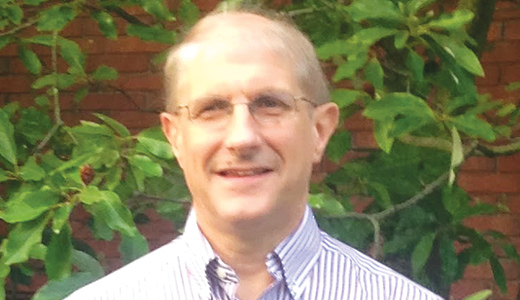 Quite a few Democrats in Kentucky have expressed frustration that their presumed nominee for U.S. Senate, Alison Lundergan Grimes, has been reluctant to give details on many of her policy positions. Greg Leichty, a communications professor at U of L for the last 23 years, wants their vote.

Leichty, running for Senate on a sub-shoestring budget that mostly consists of blog posts and tweets, admits he is a long shot against Grimes — and that is an understatement. But he is giving it a shot in an effort to give all Democrats a choice and voice in the primary.

“I want to be sure the Democrats in November have a candidate that is going to play offense and not prevent defense, and Grimes has not shown much indication of that,” Leichty tells LEO. “Repeatedly, she’s let Mitch McConnell define her campaign.”

Leichty presents a clear contrast on policy with Grimes by emphasizing the need to address climate change, in addition to wanting stronger regulation of financial institutions and reforming the tax code to make it fairer and reduce loopholes for the wealthy. Leichty’s top issue is campaign finance reform, arguing that “until we find a way to make campaigns less costly and encourage small donors’ contributions, I don’t see the gridlock in Washington, D.C., getting a whole lot better.”

Leichty — who notes that Grimes skipped the KET candidate forum he participated in — says the possible presence of independent candidate Ed Marksberry in the general election could pull enough votes from Grimes’ left flank to give her problems, unless she gives liberal Democrats enough reason to vote for her. “If Grimes has any chance at all,” says Leichty, “she’s going to need every available Democrat.”