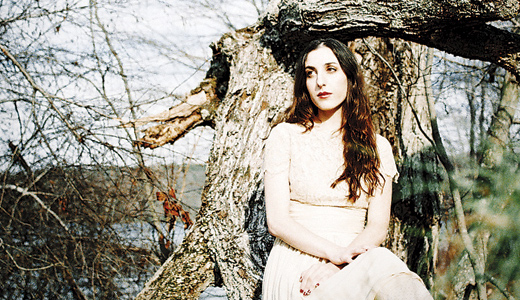 In the world of death metal, anti-religion and gore reign supreme, but every so often, a band like Gigan comes along with a different focus and atmosphere. Their science-fiction and horror-fueled aura resides within the unknown dimensions and god-like monsters of Lovecraft. While you, the listener, are trapped with them and force-fed LSD, Gigan also peddles in trippy trance-like psychedelia when they aren’t busy testing the limits of speed and sanity. Reputable psychopaths littledidweknow support and promise to deliver a bludgeoning repertoire of chaotic vitriol. Local brutal angry people Demise of the King, ethereal Eschatos, and doom newbies Amalgamate round out the bill. Gigan are an immersive experience you won’t want to miss, so make sure to come early, especially since Haymarket may very well cease to exist after they finish decimating both viewer and venue alike. —Austin Weber

Canadian twin sisters and indie rockers Tegan and Sara Quin have a way with words — words you’re likely to find tattooed on arms, backs and rib cages of their faithful followers. I just want back in your head. Where does the good go? I got so city girl on you. I was walking with a ghost. Their self-penned lyrics are quick and to the point, set to a catchy beat. They’re touring in support of their seventh studio album, Heartthrob, which landed the girls their highest first-week chart position ever. Some say their earlier stuff was better, while some argue their sound has matured. And most fans, like myself, just happily swallow whatever they’re dishing out. The duo will open for Katy Perry later this year, so a stop in at the Mercury Ballroom is certainly a catch. —Sara Havens

Do you dig Doug? If you don’t already, you just might once you hear him. As a singer and songwriter, he’s deceptively laid-back, but there’s a lot going on there. And if you don’t believe us, he’s got accolades from some of our peers — Mojo, Uncut, Rolling Stone, etc. — to back it up. The Toronto native has made several stops through Louisville in recent years, befriending like-minded musicians Nathan Salsburg, Joan Shelley and Cheyenne Mize, to name a few. This show in the listening room at Decca is appropriately cozy and intimate, and the bar is pretty sweet, too. In fact, the whole building’s a playground of fun times, so get there early, have some fine food and then settle in for some songs. Portlandier and Louisville native Ashleigh Flynn opens. —Peter Berkowitz

U of L’s Thrust Theatre

The always quality Looking for Lilith Theatre Company is bringing a play to town from this year’s Pulitzer Prize-winning playwright, Annie Baker. “Body Awareness” tackles sexuality, self-identity, body image, relationships, feminist critiques and role modeling with a comedic twist. The story takes place at Shirley College in Vermont during Body Awareness Week when a male photographer of nudes shakes up the non-traditional household of Professor Phyllis. The play’s press release describes the show as “a revealing and witty look at society’s perception of our nakedness,” so be prepared to bare your hang-ups. The New York Times called Baker “a young playwright with a probing, understated voice,” and her plays have been workshopped at the Sundance Theatre Institute. —Sara Havens

‘The Sound of Music’

Even if your VHS copy hasn’t already bit the dust, it’s a perfect opportunity to revisit this classic, whether you want to bring your kids to experience it for the first time or you just want to sit and enjoy a few of your favorite things in peace. CenterStage, wrapping up another hugely successful season, upholds their reputation of stunning productions that appeal to a wide community and seek to create a new generation of theatergoers. Fans will recognize Lauren LeBlanc and Rusty Henle as Maria and Captain von Trapp, and Artistic Director John Leffert says the actors playing the von Trapp kids might be the real show stealers. —Jane Mattingly

Good news, all you Brechtophiles out there! The Bard’s Town Theatre has a play for you. Other people this is good news for: appreciators of wit, lovers of laughter, sentient humans with a pulse. Playwright William Missouri Downs brings Louisville audiences “The Exit Interview,” a rip-roaring romp of a play that veers decidedly into the politically incorrect. Brecht scholar Dick Fig has just been fired and must endure an excruciating exit interview with administrator Eunice, with the play spiraling through pompous newscasters, radical cheerleaders and experimental German theater before landing at its unexpected conclusion. Bard Executive Artistic Director Doug Schutte insists this is “far-and-away my favorite play of the 2014 season. If you like Brecht, you’ll love this play. And if you’ve never heard of Brecht, or thought Brecht was some new type of vacuum cleaner, you’re still going to love this play.” —Jennifer Harlan

The name says it all. Hidden Hill Nursery & Sculpture Garden has eight acres of great Southern Indiana landscape with sculpture nestled among the nursery plants and trees. It’s also a terrific place to have an outdoor photography workshop. Here are some more names: Bob Hill, John Nation and Danny Dempster. Bob and his wife Janet own Hidden Hill, his “retirement” project after many years at The Courier-Journal. Nation and Dempster are the instructors of the two-day workshop. Nation, best known for his commercial photography at Louisville Magazine, is a photographer for the Parklands of Floyds Fork who is also flexing his creative muscles in the fine art photography world. Dempster was the official photographer of the Kentucky Derby Festival and has published photography books on lighthouses. —Jo Anne Triplett

I don’t have a green thumb, but one place that makes me want to dip my digit in paint and pretend I do is Locust Grove. The historic property’s 55 rolling acres remind me I need to spend more time outdoors and inspire me to attempt to grow something living. This weekend’s annual Gardeners’ Fair at Locust Grove offers a chance to embrace gardening. Whether you are a newbie like me or experienced, you’ll find a variety of flowers, herbs, plants, tools and gardening accessories up for purchase. Not even willing to consider an attempt at a summer garden? Also on hand for purchase or through silent auction will be antique yard furniture, wrought iron sculptures, water gardens, quilts and other handiwork. Admission includes a guided tour of the historic property. —April Corbin

Let’s do all the things! Yodel! Belly dance! Barbeque! Magic! Juggle! Make rockets! Learn to fence! Use excessive amounts of exclamation points! OK, I made up that last activity, but all the rest are actual scheduled activities at this year’s How-To Festival at the Louisville Free Public Library. This fun, free and interactive festival offers more than 50 how-to sessions, which range from 15 to 45 minutes long. Topics will cover everything from children’s activities (like making ice cream in a bag!) to practical grown-up knowledge (like how to buy art when you’re on a budget!). The festival will utilize more than 20 areas throughout the downtown library building, and food trucks will be set up outside to sustain you through your five-hour rush to get to as many sessions as possible. —April Corbin

Dreamy indie singer-songwriter Marissa Nadler returns to weird Louisville from her native New England for a show that promotes both her excellent new album, July, and this fall’s Louisville Outskirts Festival (See? It just got some publicity right there). The festival will support and promote women active in music, whether solo or in groupings with others — female, male or whatever anyone wants to call themselves. The first benefit, featuring Screaming Females, was a big success. This one is all-ages, offers another bake sale and includes Chicago artist TALsounds and local legend Dane Waters on the bill. Nadler has been on a roll lately, and the folk/doom/pop of July, her first for the Sacred Bones label, has been received well around the world. If you enjoy music and/or women, this is a pretty good place to be. —Peter Berkowitz

It’s amazing that California indie stalwarts A Minor Forest are not from Louisville. A band since 1993, the trio makes music that is haunting, seething with an unforetold rage that plays out just under the surface. In doing so, they bear an uncanny resemblance to local legends like Slint or Crain, with more than a hint of Rodan. It makes sense, then, that they will be joined by Parlour, the long-running legacy of the aforementioned Crain, whose laid-back, krautrock-influenced instrumental jams make for an appropriate accompaniment. Silent since 1998, A Minor Forest took a 15-year hiatus, broken only upon playing on Nov. 9, 2013, at the famous Bottom of the Hill in San Francisco. Having embarked on a brief tour, the band is swinging by Louisville Saturday to play at Zanzabar. —Syd Bishop

Fast-forward to 2016 when the Speed Art Museum has reopened. Among the new and renovated buildings will be the Elizabeth P. and Frederick K. Cressman Art Park and Piazza. To get us salivating for what is to come, the Speed is sponsoring a lecture series on the contemporary art park. The next speaker is Lord William Burlington, a professional photographer and owner of the 800-year-old Lismore Castle in County Waterford, Ireland. While most of the complex is a private family residence, Burlington and the Devonshire family converted a large wing on the estate into an arts center and contemporary gallery in 2005. Along with its historical and contemporary sculpture gardens, this area is now known as Lismore Castle Arts. Burlington will discuss how the two-year project came about. —Jo Anne Triplett