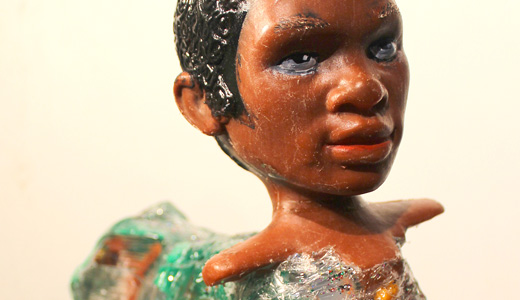 Kentucky poet laureate Frank X. Walker will be discussing his work at a free presentation sponsored by Spalding University’s brief-residency Master of Fine Arts in Writing Program. A Spalding MFA graduate, Walker earned the title of the 2014 Diana M. Raab Distinguished Writer in Residence this past April. His poetry, typically exploring African-American lives, has garnered numerous awards, including the 2014 NAACP Image Award for Outstanding Literary Work in Poetry. In addition to writing, Walker works as an English professor at the University of Kentucky, as well as the editor of PLUCK!, the new Journal of Affrilachian Art & Culture. A book signing will follow the talk. —Olivia Krauth

Who doesn’t like an outdoor party that encourages you to bring your dogs? And you don’t even have to be a Highlands neighbor to attend — just a general love of dogs, food, music, wine and beer is all you really need at Vino, Bark & Brew, an event put on by Vines & Canines and Great Flood Brewing Co. that benefits The Arrow Fund. There’ll be food from the Holy Molé food truck, music by Drew Miller and the Heavy Handed, canine caricature portraits by Linda Boileau, and wine and beer from the sponsors. The Arrow Fund is a nonprofit that provides medical treatment, rehabilitation and safe homes to abused animals. Saving puppies — one beer at a time. —Sara Havens

U of L School of Music, Bird Hall

It’s been too long since Louisville’s Don Braden has played here, and he returns in grand style with his Organix Band (Kyle Koehler, organ, and Cecil Brooks III, drums) and singer Vanessa Rubin. Saxophonist/flutist Braden’s discography embraces many stylistic approaches, all with a firm commitment to swinging. Likewise, Rubin has ranged from Billie Holiday tributes to interpretations of under-appreciated composer/pianist Tadd Dameron. 2013’s Full Circle unites Organix and Rubin with originals, Dameron’s “Reveries Do Come True” (with Rubin lyrics), an uptempo arrangement of “Lover Man,” classic blues (Eddie “Cleanhead” Vinson’s “Hold It Right There”) and more. Rubin’s sophisticated delivery and the down-home stylings of a classic organ trio mix elegance and soul. Combine the long working relationship of the trio, the artistry of Rubin and a hometown crowd, and anything could happen. —Martin Z. Kasdan Jr.

Be a drag, be a queen, be a sister, it’s free. But it’s not free to keep the Louisville Youth Group — which provides LGBTQ youth or the children of such parents with a safe space for activities and growth — together, so here’s an extremely fun weekend of helping to keep their doors (and closets) open. Friday features an early evening of drag and fashion, where some LYG members will dress up together with their older Derby City Sisters (those “radical fun-loving nuns whose mission is to raise funds and spread joy throughout the LGBTQ community of Louisville”). Queen V Is for Vanity travels up from Nashville to headline. A second night boasts appearances by Helena Handbasket, Dementia and, why not, Wil from “Big Brother,” too. —Peter Berkowitz

Without beer, there’d be nothing cold, frothy and refreshing to look forward to after a long workday besides a chocolate milkshake. Without beer, there’d be nothing to reward your laborious efforts after mowing the lawn. Without beer, I fear the collective world would shed a tear. I know I’d be crying for days, if not decades. Keg Liquors’ annual Fest of Ale celebrates all things beer by giving you samples of companies near and far. More than 100 breweries and seven craft brew distributors will be serving out sips of over 250 beers. It’s like an around-the-world pub crawl, but on a church lawn in Clarksville, Ind. As always, proceeds go to the WHAS Crusade for Children, and last year they raised $10,250. I know my liver can beat that. Can yours? —Sara Havens

Percussion is the end-all and be-all for New York’s John Colpitts (aka Kid Millions) who, along with collaborators, has created and propelled Man Forever. Working with guest musicians, Colpitts looks to use drumming as an exploration of music, rather than just as ancillary musicianship to other instruments. His most recent album, Ryonen, is a collaboration of Colpitts and So Percussion, the highly acclaimed quartet of Yale alumni based in New York. Man Forever is known for being experimental, and Colpitts has also worked with other, similarly experimental artists; he’s performed with Yo La Tengo, Spiritualized, Akron/Family and William Basinski, and he was a founding member of Brooklyn psychedelic noise-rock band Oneida. Opening for Millions is Cincinnati improvisational saxophonist Jon Lorenz. —Ian Ording

As a lowly, nearly 19-year-old first-time apartment dweller, it is safe to say my cooking skills are sub-par at best. The number of times I have set off my smoke alarm by boiling water is higher than one, and I fear getting food poisoning every time I am forced to cook raw anything. Thankfully, there are several people out there who are much better at cooking than I am, and two of them will be participating/showing off in an “Iron Chef”-style competition during the first Rainbow Blossom farmers market of the season. Seviche’s Anthony Lamas will battle La Coop’s Bobby Benjamin in the cook-off, which will feature ingredients from the farmers market. The event is part of the celebration of the official launch of the market, held each Sunday at the St. Matthews location. The day will also feature local artisans and live music in addition to the typical local produce. —Olivia Krauth

Surveys show that millennials are increasingly choosing to live in cities over suburbs and are more interested in riding subways than driving cars. Why? And how did their parents wind up in those master-planned, cookie-cutter communities in the first place? Benjamin Ross will answer those questions Sunday at Carmichael’s Bookstore on Frankfort Avenue during a discussion of his new book, “Dead End: Suburban Sprawl and the Rebirth of American Urbanism.” The book explores the historical, sociological and cultural roots of contemporary suburbs and lays out a practical strategy for more sustainable, urban change. It’s a topic Ross knows well as an author, scholar and activist who led the largest grassroots mass transit advocacy organization in the country (Maryland’s Action Committee for Transit) for 15 years. —April Corbin

After the five-year sprint of his infamously out-of-control band Monotonix, Israeli guitarist Yonatan Gat has enlisted the drumming of Igor Domingues of Throes + The Shine to create a solo album. Fresh off his Best Guitarist of 2013 award from the Village Voice, Gat is on tour promoting his new record, Iberian Passage, whose first single, “Escorpião,” carries the signature sound he describes as “homeless between the Middle East and New York.” While bearing some of the same grit as his old garage band, Gat’s new recordings are more produced and allow for more guitar intricacies. The songs from his new, worldlier-influenced album incorporate few vocals, which opens the door for Gat’s strumming to take center stage. While you might not be able to expect the drummer’s kit to end up in the middle of the crowd, Gat is sure to put on a high-octane show. —Ian Ording

You can help people by dressing like you’re in “Saturday Night Fever,” drinking and dancing. No, sit back down, doing that in your living room won’t help anyone; you have to wait until Apron Inc.’s annual Disco Ball. But when you do it there, local restaurant workers hard on their luck will be able to sleep a little easier. Apron Inc.’s goal is to provide financial aid to Louisville food industry workers who have been stricken by illness, injury, criminal acts or been on the bad end of some other event of that ilk. Their benefit will have ample disco dancing, beverages, food tastings from local eateries and a silent auction. If you’re feeling extra generous, you can upgrade your ticket to the VIP variety for twice the price to get unlimited special cocktails, a gift bag and reserved seating. —Ian Ording

Kent Krugh’s ‘Inside the Gate’

The Patio Gallery at JCC

Hailing from across the mighty Ohio River, Cincinnati photographer Kent Krugh’s fascination with the beauty of nature is what propels his art. Growing up on his grandfather’s northern Ohio farm instilled in him a sense of wonder when faced with the intricacies and power of the trees and crops of his youth. His intention with this exhibit, he says, is to “open a gate and allow the viewer to listen and explore” when he emphasizes an individual tree. He says his degree in physics, his religious upbringing and belief in a supreme being are what drive his fascination with nature. His photos are altered through mechanical and chemical processes to take them “beyond the visible spectrum,” according to his website. On display at the Patio Gallery is a series of his photos of solitary trees in black and white. —Ian Ording

‘Glitches from the memory bank’

Scott Scarboro is haunted. The specters of his childhood have seized his present, spewing forth in an imaginative array of multimedia work. From “hand-glitched” videos to sculptures and wall hangings, Scarboro has resurrected the ghosts of his formative years, a multi-faceted Frankenstein of recollections the artist dubs “altars to childhood, to mortality, to the memories that have shaped me.” Scarboro is a digital sculptor, manipulating the coding of cartoons and home movies to “create a trance-like moving ghost image of my childhood daydreams.” Wall hangings evoke the posters that hung in bygone bedrooms, while the sculptures assemble “the parts and pieces of my G.I. Joes, model cars and other treasures dug out of my childhood toy box, discovered when my mother went on a cleaning spree after my father passed away.” Scarboro seeks to explode our understanding of what it means to remember. —Jennifer Harlan