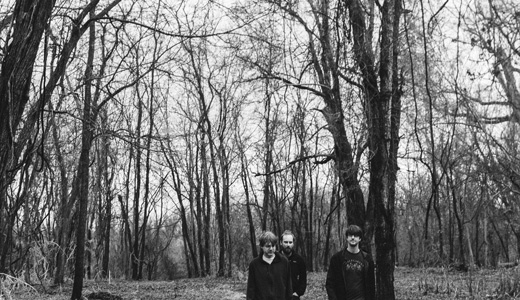 A recently released documentary about Slint, the landmark band from Louisville, asked when their visionary composer/drummer Britt Walford, who has not played in a band making new music in almost 20 years, might ever return to active duty — and possibly change the face of music all over again? It’s a lot to ask of anyone, but the 44-year-old has joined forces with two other progressive musicians to form the new band Watter. The trio’s first full-length album, This World, was released yesterday.

What is now Watter began a couple of years ago when Tyler Trotter and Zak Riles met and decided to play together. Riles, who has played guitar in the Portland, Ore.-based instrumental band Grails since 1999, moved to Louisville so he and his wife could be closer to family. They started a business, the Bluegrass Green Co., which soon moved to the NuLu district on East Market Street. Trotter played guitar and synthesizers in the band Strike City and then traveled the world with the California Guitar Trio as a soundman. He had opened his first business, the Louisville Beer Store, a block away from Riles’ store.

It was inevitable that the two men, who shared much musical taste and overlapped in many ways — Trotter’s subsequent businesses, the Holy Grale bar and Gralehaus eatery, are even similar in name to Riles’ band, Grails — would find each other. Riles had built a studio, where the pair could play late at night, free from the obligations of the domestic world. And once conversations with Walford suggested further possibilities, a new band came to life.

With the members’ collective pedigrees, they have already received attention from influential ears outside Louisville. The A/V Club and Spin drooled over the idea of the band, and Jonathan Cohen, music booker for “The Tonight Show with Jimmy Fallon” and a supporter of many things that came out of the ’90s post-punk/post-rock scene, posted an exclusive Watter bonus song on the TV show’s Tumblr, promoting them as “an awesome new band” and the album as “nothing short of an instant instrumental rock masterpiece.”

This World also features contributions by some of Louisville’s other finest players — pianist Rachel Grimes, vocalist Dane Waters and bassist Todd Cook (who toured with Slint when they reunited in 2005). But it was a favor Trotter called in from his CGT adventures that got even more attention.

“Tony Levin? That was Tyler’s doing,” Riles says. “He suggested just calling Tony Levin. Britt and I both kind of laughed. We were, like, ‘Whoa! Funk fingers,’ you know?”

Known to fans of adventurous music for his work playing bass for the English band King Crimson, Tony Levin has also played on more than 500 sessions, in the bands of Peter Gabriel, Paul Simon, Pink Floyd and Yes, and as the inventor of the bass-playing technique mentioned by Riles. Levin recorded his part in his home studio and emailed it to Watter. Riles says, “He did one take and we were, like, ‘Yeah, that’s amazing.’”

The album begins with a piece called “Rustic Fog.” Dedicated LEO readers might notice that the title sounds similar to a nightclub in our region that sometimes features live music, among other things. Riles confirms the title was inspired by “a magical evening” the band spent there watching country outlaw David Allan Coe perform. “It’s a pretty weird scene over there. Amazing, for sure.”

While Coe’s sound didn’t influence theirs, the members’ shared love for ’70s and ’80s dark movie scores, psychedelia, Krautrock, modern classical and New Age-y soundscapes helps them stand out from most other new bands. While Riles focused on guitars, Trotter worked on the keyboard parts that further evoke different eras and vibrations. “When we were mixing it, we weren’t really sure what it sounded like,” says Riles.

The trio has only played in public a handful of times, and their next Louisville show is being planned for mid-October. It’s part of an East Coast tour that has to wait until Walford has concluded his current Slint obligations. Meanwhile, Riles and Trotter are building a new band space, where they hope to begin work on a second Watter album. “It’s smaller, tighter … It will probably create a totally different-sounding record.”