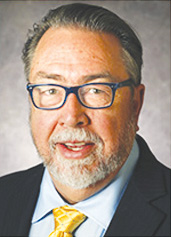 Around the world, people risk their lives to vote, while in Louisville’s 9th Metro Council District, the turnout was less than 33 percent. And by the way, that’s down from more than 40 percent in 2010.

We’re not talking here about the sweat-and-muscle South End, where I grew up, and where folks get stereotyped as frequent no-shows on Election Day. We’re talking about the polite polity that includes mannerly and manicured Brownsboro Village, Greenleaves, Cherokee Gardens, Cherokee Woods, Seneca/Rock Creek, Crescent Hill, Richlawn and a bit of St. Matthews, plus the leavening influence of Clifton, Butchertown and Bellewood.

There are 14,136 registered Democrats in this nice collection of neighborhoods, but only 4,646 of them wandered out on a lovely, sun-splashed day to pull the political levers that help move their city, or help keep it stalled.

It wasn’t for lack of choices. There were more candidates than could easily fit on a ballot — 13 of them, several of whom were qualified.

It wasn’t for lack of campaign expertise. Veteran political hands were guiding at least four of the candidates.

It wasn’t for lack of information. I live in the district, and my mailbox regularly contained more campaign pieces than bills, brochures and billets-doux. Many of them were very creative. A couple of them were provocative. My favorite was a campaign “magazine” that included pictures of 9th District landmarks and challenged readers to identify them. Answers on the back.

It wasn’t for lack of effort on the candidates’ part. At least four walked the district, and almost all planted yard signs. I saw one District 9 campaign tarp attached to hedges at a major intersection. In an apparent excess of enthusiasm, someone installed J.P. Davis signs row upon row in the Zorn Avenue median, which I thought was illegal. In a show of (let’s be generous here) bipartisan cooperation, some Republicans let Democratic candidates put signs in their properly clipped yards.

Chris Hartley, a young comer, had my favorite sign, with a photo of himself that suggested his youthful energy and validated his good looks. Bette Niemi used a lovely, artful shades-of-pink design. My son’s neighbor Jane Natalie came up with a catchy phrase: “Win it with Bennett.” Mollie Younger Noe emphasized her first name, which may have made her easier to find on the ballot.

Two candidates not only followed up personal visits with handwritten notes but also favored me with written reminders on Election Eve. I also got robocalls, including one from the mother of J.P. Davis, which was a trip home for me because she has a lovely accent evocative of all my eastern Kentucky ancestors and friends. One such call even featured the mayor himself, in support of Bill Hollander. Then came a letter from the mayor, devoted to the same purpose.

There were issues, too, including what to do about jobs, how to improve infrastructure, how to ensure green development, where to put bike paths, what to make of the “incident” at Waterfront Park, whither the VA Hospital, whether we can improve the whole city while leaving some neighborhoods behind, how to get state government’s attention and help, and how to make positive connections with the rest of the state. Several candidates offered ideas to address issues.

Near the end, Steve Imhoff stationed teenagers at crucial intersections, waving signs on his behalf. Chris Hartley left a last-minute door-hanger that was big enough to use as a boat paddle.

My point is, this was a real campaign. It had energy, creativity and substance. It deserved better than a 33-percent turnout.

Some people are dying to vote. As I write this, Bloomberg News is reporting that “separatists intent on abandoning Ukraine for Russia … have overrun half of the electoral offices in the eastern Luhansk and Donetsk regions … Their tactics include abducting voting officials and issuing death threats …”

That’s an outrage. But so is not voting on a sunny day in May in a place like Louisville.

David V. Hawpe is a retired editor and columnist at The Courier-Journal. He currently serves on the UK Board of Trustees, the Kentucky Humanities Council and the editorial board of the University Press of Kentucky.