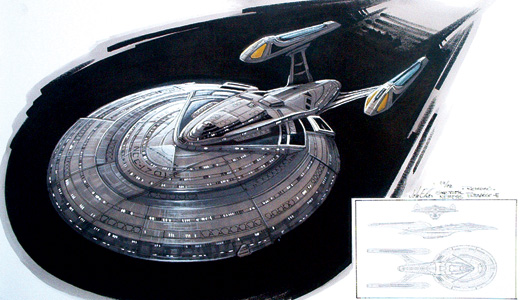 The shark from “Jaws,” the USS Enterprise, light sabers and droids — all of the best sci-fi and fantasy the big and small screens have to offer have one thing in common: They’re cool to look at.

WonderFest has been attending to Louisville’s visual-effects buffs for the past quarter-century, ringing in its 25th installment this weekend. For the uninitiated, it’s a festival that celebrates the special-effects side of filmmaking; it’s all about model building and design. And it’s the biggest it’s ever been.

“It was a little affair; everything was in one room,” says Dave Hodge, CEO of WonderFest, about the early days of the festival. “These days, it goes for three days. … It takes up pretty much all the convention space at the Crowne Plaza Hotel.”

The weekend consists of anything and everything a special-effects fan could ask for — there are lectures from guests in the film industry, classes on the ins and outs of working as a designer or builder on set, special behind-the-scenes movie features and more. All of this has a deliberate focus on the science-fiction and fantasy genres.

The headliner of the weekend, however, is the model-building contest.

“The big model contest is the central focus,” Hodge says. “It happens to be the largest of its kind in the world.”

While other model-building contests are usually focused on military modeling and objects bound by reality, this isn’t the case with the WonderFest contest.

“It’s pretty much dedicated to the sci-fi and fantasy genre,” Hodge explains. The contest will feature more than 600 entries, and there will be three awards — gold, silver and bronze — based on various merits of the entries. “Those who win gold awards have built really incredible pieces.”

Success at this contest isn’t just about taking home the hardware; there are non-fantasy applications as well. “Several modelers in the contest have gone on to professional careers after the contest,” Hodge says.

In addition to cool stuff being built and showed off by attendees, WonderFest will host a plethora of celebrity guests from the production side of the movie industry.

“I’m excited about Joe Alves,” says Hodge. “He was the designer on a couple of really great movies: ‘Jaws’ and ‘Close Encounters of the Third Kind.’ He is really responsible for most of the look of ‘Jaws.’”

Ken Palkow, who was involved with the latest “Godzilla” film and designed the weapons in “Star Trek Into Darkness,” will also be there, as will John Eaves, a production illustrator who has worked on “Iron Man 3,” “Captain America: The Winter Soldier” and the new “Star Trek” films.

Other guests include folks who have worked on movies from “The Thing” and “Men in Black” to the “Star Wars” prequels and “Starship Troopers.”

All are welcome at WonderFest, which has been giving sci-fi geeks and movie buffs a chance to soak up the skills from some of the industry’s best for 25 years now. May it live long and prosper.