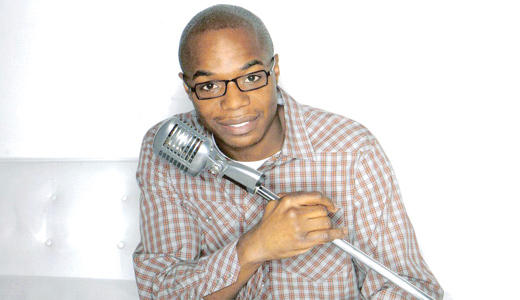 Kyle Grooms is a comedian with a well-formed point of view, with a certain indefinable commentary about pop culture, his family and the African-American experience — but it’s not the kind of commentary that beats you over the head; there’s a quiet subtlety to his material. Grooms starred in a Comedy Central special, appeared on “Last Comic Standing,” writes for MTV2’s “Charlamagne and Friends,” and in 2009 released the acclaimed album The Legend of the Jersey Devil. He spoke with us about Richard Pryor, “Chappelle’s Show” and the real Jersey Devil.

LEO: I don’t think it’s a hack answer. I think that defines how broadly influential Pryor actually was.
KG: Yeah, yeah, I guess that’s true. He influenced everyone. Almost, except these younger comics — they’re saying other people, newer comics, you know?

LEO: I hear Pryor from lots of comics, including comics who don’t curse in their act at all. I think he just showed people how to be honest on stage.
KG: Yeah, him saying those things was the first time we saw that kind of honesty.

LEO: Your album is called Legend of the Jersey Devil. Have you ever seen the Jersey Devil?
KG: You know what? I thought I saw him once. It was late at night and there was something up in the tree, and I thought, “Hey, that doesn’t look like a bird, man … and it’s too big to be a bat … it might be the Jersey Devil” (laughs). I hope to see him. When I was in Cub Scouts, I was always hoping to run into him.

LEO: Having been on “Chappelle’s Show,” even in some small capacity, do you take pride in having been involved in such a revolutionary show?
KG: Yeah, I wish I could’ve done more. I wish he didn’t leave, because it seemed like they were starting to use me a little more. But definitely, it’s like saying you were on “The Richard Pryor Show” or did a spot on “In Living Color”; that show is going to go down in history and you’re on there, on film, even if it was a small part … people saw it. I’m proud of it.

LEO: Why did that show create such a sonic boom in pop culture?
KG: I think it was the right kind of edgy. It wasn’t offensive. It was done playfully enough that we could all laugh at what was going on in the culture. We need that once in a while — someone to turn the mirror on culture and let us know what we’re doing.