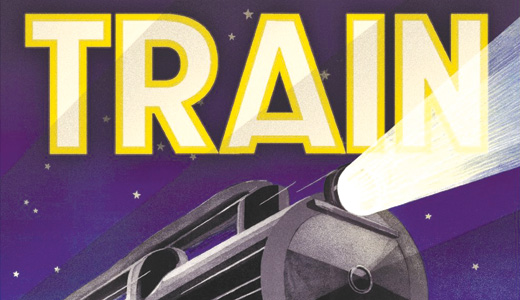 ‘Train: Riding the Rails That Created the Modern World — From the Trans-Siberian to the Southwest Chief’
By Tom Zoellner. Viking; 314 pgs., $27.95.

In 1950, in the twilight of passenger train service, my grandmother took me on a train ride from her home in Bourbon, Mo., to Sullivan, five miles away. A conductor in a navy blue suit, with gold buttons and a high collar, placed a portable step on the ground and I hopped aboard the Frisco.

We sat in straight-backed bench seats. Some of the windows in our coach were open. And as the train ambled along, parallel to Route 66, Grandma Mae told me everything she knew about rail travel.

In his book, “Train,” author Tom Zoellner does much the same thing. It’s all aboard, as the wheels clatter and Zoellner weaves the history of rail transportation that he says “created the modern world.”

You can still travel by train, if only with Zoellner. My trip more than 60 years ago places me in a small minority. About 98 percent of Americans have never traveled from city to city on a train. But “Train” takes us to places like England, India and Spain that still depend on rail service. Along the way, Zoellner tells us how railroads were built and how cities and countries were built around them.

But in America, Zoellner says, “The train is a time traveler itself, the lost American vehicle of our ancestors.” “Train” is a story of politics, robber barons and men who gave their lives cutting the right of way and laying the tracks that set the framework for the future. It is the ultimate ride along, listening to the rhythm of the rails, something like “ka-chunk ka-chunk.” The sound has even inspired music and poetry.

The author visits with other travelers as the British countryside drifts by at a modest speed. And later he rides a train that turns the scenery into a blur at 200 miles per hour. Sometimes Zoellner’s travelers are interesting and sometimes not. The pace of the book depends on their stories. And I admit, I was almost glad he suffered a dog bite that cut short his effort to cross Siberia. It was a long, boring and slightly dangerous journey.

You can still safely cross the United States on a passenger train, but American railroads are much better at moving coal, grain and other bulk cargo. Is there a future for passenger trains in America? There is one project active to link Los Angeles and San Francisco by high-speed rail, but a federal initiative in other states has been rejected by cash-strapped governments.

The great American passenger trains are now confined to our memories. I can still see the silver and red Texas Special glide through Bourbon, Mo., past my grandmother’s house, with elegant people looking out of the dining car, and its red taillight blinking as it fades into American history.

It may be gone forever. But in “Train,” we can take one more ride.