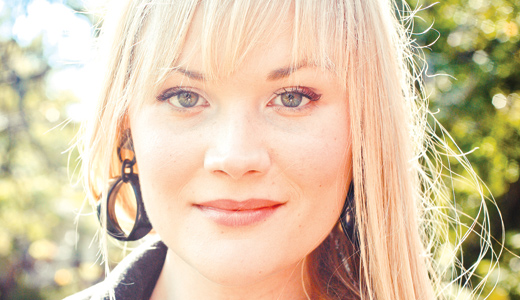 Just the two of us

Vocalist Carly Johnson cites Ella Fitzgerald as among her influences, and guitarist Craig Wagner mentions Joe Pass. The pairing is significant, as It’s Pretty Standard, the new release of their takes on classic jazz and American Songbook material, immediately calls to mind the classic 1970s releases by Fitzgerald and Pass. Just a singer and a guitarist — but the fullness of their approach is what truly matters.

Johnson also claims Etta James, The Beatles, Sarah Vaughan and Whitney Houston as influences, while Wagner refers to such seemingly disparate choices as Doc and Merle Watson, Jimi Hendrix and Herb Ellis. While they perform frequently as a duo, LEO inquired whether they considered adding other musicians for the album. “We never really thought about (it),” Johnson says. “I love the way Craig creates so many layers all on his own. It’s what makes us unique and maybe what sets us apart from other vocal jazz combos.”

Wagner adds, “It was important to have these tunes presented as purely as possible. We wanted a very live and naked sound to everything. The duo setting is most challenging because everything is more exposed. Everything that would have been done with the rhythm section has to be distilled down to just the guitar accompanying the voice.”

Wagner and Johnson also perform with Liberation Prophecy, among other projects. Asked how they approach such different situations, Wagner explains, “I try to approach every musical situation with an open mind and try to serve the music as best as possible without coming in with any kind of preset agenda, as far as what the stylistic expectations may be.”

“For me, it’s all about getting the story across to your audience,” Johnson adds. “What story am I telling? Whose story is it? Often with Liberation Prophecy, I feel I’m telling someone else’s tale, and I like that. I feel much more like an instrument within the rest of the group. With Craig, I’m little bit more exposed, so it’s easier to put myself out there in a more vulnerable way. I like both roles for different reasons.”