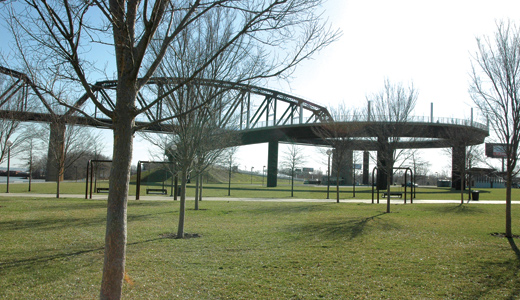 Three days after a one-night crime streak downtown sent six people to the hospital and resulted in almost three dozen calls to the police department, Louisville Metro Council held a special Public Safety Committee meeting to talk about what had happened. The entirety of the situation seems unthinkable — a grandfather beaten on the Big Four Bridge in front of his crying grandchildren; a 13-year-old girl attacked for her iPhone; a mother punched through an open car window after 30 to 40 teenage boys surrounded the vehicle at a stoplight; a convenience store clerk pummeled after unsuccessfully trying to keep the swarm from coming inside; and thousands of dollars worth of property damage along the way. Why had all of this violence and crime occurred on what otherwise would have been an ordinary Saturday night? More importantly, how does a city that wants to be known for compassion ensure that something like this doesn’t happen again?

In the wake of immediate and fervent media attention, Mayor Greg Fischer and Chief of Police Steve Conrad were quick to call the March 22 crime streak “extremely unique” and not representative of Waterfront Park or downtown Louisville, which has seen millions of dollars worth of beautification and redevelopment over the years. At the Public Safety meeting, Conrad pointed to statistics showing that violent crime, property crime and overall crime are all trending downward both locally and nationally. “We are continuing to make Louisville safer,” he said. “We have had great success, Saturday notwithstanding.”

The argument mostly fell on uninterested ears. Council president Jim King responded, in part, by saying, “I don’t know how you compare this (incident) to anything else. Perception is reality. Those stats don’t really mean anything.”

Councilman Kevin Kramer urged the police chief to reconsider his position that his force is adequately staffed, adding that the Council has long suggested expanding the staff beyond attrition. Councilman Rick Blackwell briefly asked if LMPD had considered using drones to monitor large groups. Councilwoman Barbara Shanklin suggested strengthening teen curfew ordinances to include charging parents small fines when their kids break it. She and others also suggested providing additional support for places like community centers and libraries where teens might engage in more wholesome activities.

Days later, Shanklin’s office would send a press release promoting free movie nights over spring break. The mayor’s office has also announced a $227,000 plan to install 24 new security cameras along Waterfront Park before Thunder Over Louisville next weekend. The devices would not be monitored live but instead are meant to act as a deterrent. They would also help officials investigate the crimes that happen anyway.

Meanwhile, the Louisville Metro Police say they are diligently pursuing leads in order to arrest the perpetrators of the crimes in question. So far, there have been four arrests made, and more are expected.

Lost in all of this knee-jerk reaction is the bigger picture. Additional programming at local community centers can turn individuals away from bad decisions, but if the default quality of life for a community remains the same, then nothing really changes in the long run. Social conservatives hate this public health approach because they believe it tries to make perpetrators of crime into victims of circumstance who are unable to make a choice. However, research and history has long suggested there’s a correlation between crime and poverty.

That’s where the Office of Safe Neighborhoods is supposed to come in. Mayor Fischer created the office, which is headed by Anthony Smith, early last year following the recommendation of a fall 2012 report compiled by a violence prevention workgroup. (That workgroup was created after three young men were murdered during the same week in two separate incidents in the Parkland neighborhood.) In addition to responding to immediate safety concerns like those raised in the aftermath of March 22, the mission of the office is to tackle the systemic issues that contribute to crime and violence.

“We don’t want to focus on programs,” says Sadiqa Reynolds, the city’s chief for community building. “We want to work on policy.”

She uses the example of restorative voting rights for felons who have completed their sentences. It is more difficult for a felon to get his right to vote restored in Kentucky than in almost any other state. That has an effect on recidivism, says Reynolds, which has far-reaching effects into families and communities.

Similarly, 43 percent of the black student population in Jefferson County Public Schools was suspended at least once during middle school; 40 percent of those suspended were suspended more than once. Suspensions are linked to dropping out, and dropping out affects job and career prospects. Statistics like this are why groups like CLOUT (Citizens of Louisville Organized and United Together) characterize JCPS as being a “school-to-prison pipeline.”

“We can’t just keep arresting everyone,” says Reynolds. “We need to be upstream of the problem.”

Add earned income tax credit, vacant and abandoned properties and affordable housing options to that list of policy changes that could do more good than programs or cameras — any issue dealing with poverty, really.

Most of these issues fall far beyond the jurisdiction of a mayor’s office, but key officials believe their role is in connecting all the people working toward the same goal and making sure the overall missions of individual projects are in line with the greater strategy for shaping the city. Smith says he meets quarterly with JCPS and other education officials, and other committees meet with the additional areas of focus, such as economic development and criminal justice.

According to Smith, the 10 workgroups that comprise his office are defining the measurements their initiatives will track — things like overdoses, homicides, crime and suicide. They hope to have those defined by the end of the month and out to the community at large by July. From there, their successes will be measured in the only way it can be — over time.

Smith won’t call the recent violence and the media circus that’s erupted from it a setback, but he does acknowledge it can be a distraction: “People will say it is a setback, but it’s not a blow to us. You just have to stick to the vision. If we can just continue to stress that this is a community issue … You just have to keep reminding people.”

LaQuandra Nesbitt, the director for public health and wellness, echoes these statements: “We recognize the need to reassure people (after unfortunate incidents), but we owe it more to commit to the longer term.”

A camel is a horse designed by committee, or so the idiom warning about the uselessness of committees goes. Lavel White, who is working on a documentary called “Cradle to the Streets” about violence and incarceration of inner-city youth in Louisville, says the kids and teens he’s spoken to for his film and through his community activism feel lost and without role models, opportunities and much hope for the future. He says they can be wary of guys like Smith who come to them wearing suits and offer words about change but no results.

“They want people to put their money with their mouth is,” says White.

At a meeting moderated by Smith last Thursday at the Yearlings Club, approximately two-dozen males between the ages of 12 and 24 spoke with community leaders about violence and possible solutions. Several criticized the meeting as having the wrong kids there. One pressed: “The ones who are buying guns. Where are those kids? Why don’t you bring those kids here? To me, this is just a media event. This ain’t doing nothing. It’s just to impress people. The kids who sell drugs and shoot people are out there doing it.”

White, who attended the meeting, agrees with the sentiment. “It was private-school kids, church-going kids, kids who have it decent,” he says. “It wasn’t the kids who are at 28th or 35th or hanging in Victory Park. Those are the ones you need.”

Smith acknowledges that last week’s meeting didn’t include the types of young people likely to have been involved in the crimes, but he says his office regularly interacts and holds dialogues with those held at the Jefferson County Youth Center. They are listening to the people they need to, he says.

“We know what we have to do,” he says. “We know this is something that takes time.”