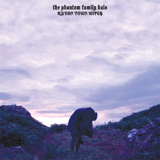 A weird vibe permeates the entirety of Witch, an all-encompassing, sinister veneer that indicts the listener as somehow complicit in whatever it is they’ve done wrong. Make no mistake: Everything about this record is right, but there’s a creeping sleaze threaded throughout the whole thing, like two many beers in a seedy, smoke-filled bar. This is not to say the quality of the instrumentation ever lacks, but there are passages that would fall apart without the haunting vocal melodies of Dominic Cipolla. Whether it’s the mellow swagger of “Violins and Guns” or the sinister psych-blues of opener “Hard Apple Moon Stomp,” Witch plays like the backing track to the best crime noir, willing to embrace the darkness without letting go of the light. The PFH crew has another haunting masterpiece on their hands.