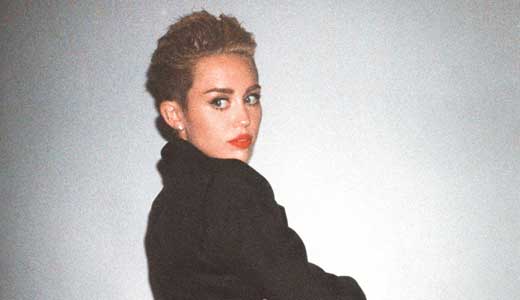 To promote her Bangerz tour, Miley Cyrus agreed to a half-hour teleconference interview with a number of reporters in mid-January. Organizers requested that writers limit questions to the tour itself and submit questions via a website. Cyrus’ publicist selected which questions were actually presented to Cyrus. Here are the highlights:

Q: What was your goal when it came to creating this tour?

Miley Cyrus: I think the best thing for an artist is to see people sing along to your songs and also to have people participating in your show. Sometimes that’s hard. There are just people in the front row with their cell phones in front of their face and not really getting involved. And this show is a really hard show to not want to get up and be involved (in) — like, set your phone down and actually dance and be a part of the show a little bit.

Q: Are there any cool props or stunts you could preview?

MC: Our show is completely live. So it’s hard to do as many stunts as, like, I got to do on other tours, because I’m really focused on people being as excited about me as a singer than me for what I did to shock people. I want people to walk around being, like, “OK, she did some things that were crazy, but at the end of the day, it was really about her voice.” So I really want to stay focused on that, so there’s not too much going around. But I definitely have some crazy props to enter and exit on.

Q: What tours have you seen in the past that have given you inspiration for the Bangerz tour?

MC: I watched a lot of the Madonna tours — not only because I’m a fan of Madonna, but because … you know, how I said a lot of my show is built a lot around content, and I think she had a really beautiful stage, and the way it looked and everything that was played on all the screens was shot beautifully.

Q: Is there anything else you’d like to tell us about the tour?

MC: I’m just thankful for the people that have really, like, (decided) to come to my show, because I know sometimes people, they like to make me seem like I’m one thing, and all that I know how to do is, like, shock people and that’s kind of my only purpose in the industry. That isn’t what it is. What my show (is), and what I think girls see kind of through, is there’s an energy and there’s a feminist energy there, and if people enjoy taking a chance and coming to a show that’s a little bit different, I really appreciate that.

It’s just (about) being true to who you are and what makes you feel good, and I think there’s something good for girls, especially, that get to come see this show. I’ve made that really important in what we’re building — me and (creative director) Diane (Martel) together. It’s just a show that builds up every type of human being on the planet, and a real show that we put a lot of love into. I just believe it has a good energy about it.