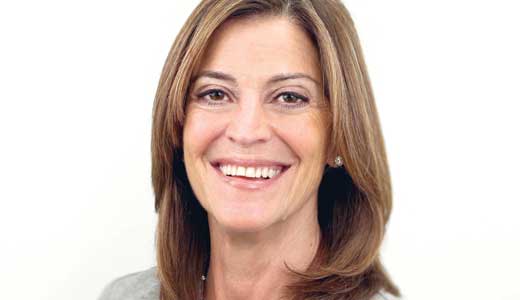 When Ellen Miller began her career more than 40 years ago, smart phones were a concept, not the ubiquitous, taken-for-granted pieces of technology we have now. It was no less important back then for citizens to know things about their government — like what services their tax dollars were supporting and where their political candidates were getting campaign funds from — but it was far more inconvenient for the everyday person to gain access to such information.

Technology has changed all of that.

“It is the bright star of the work we do,” says Miller, the co-founder and executive director of the Sunlight Foundation, a Washington, D.C.-based nonpartisan nonprofit focused on increasing government openness and transparency. “Technology makes it easier to get information out and make it useful. It makes it easier for people to act on it. Technology is an enabler of civic engagement.”

Miller will be speaking at the Green Building this week as part of “Kentucky to the World,” a multi-year series featuring successful individuals with ties to the commonwealth. Miller grew up in Louisville and Bardstown before venturing out of state for a four-decade-long career in transparency advocacy and grassroots activism. She has founded three nonprofits devoted to the issue: The Center for Responsive Politics; Public Campaign; and Sunlight Foundation. (Oh, and if there’s any doubt about her origins, Miller also sits on the board of directors for the Bardstown-based Heaven Hill.)

“If you go back to FOIA (the Freedom of Information Act) in the ’60s, you see the burden is on the backs of citizens. That’s the prevailing attitude. If you want it, you ask for it,” says Miller. “But if the default is publishing data, then it’s already out there, and we don’t even have to ask for it.”

This is a concept Louisville has embraced. Last October, Mayor Greg Fischer issued an executive order creating an open-data policy that declares data be automatically made public through its online portal, LouieStat (louiestat.louisvilleky.gov). The order helped land the city a fifth-place spot on the U.S. Open Data Census, a collaborate project between Open Knowledge Foundation, Sunlight Foundation and Code For America that reviewed cities based off the availability of 17 categories of datasets. (Only San Francisco, Sacramento, Salt Lake City and Atlanta did better.)

According to Miller, this puts Louisville at the beginning of a larger trend of mid-sized cities that are embracing open data. “More and more cities are getting interested,” she says. “Mayors understand that the more open things are, the more people will trust it, and the better their work will be.”

None of this is foolproof, of course.

When news broke that dozens of teenagers had walked from the Big Four Bridge west through downtown Louisville committing crimes, the city found itself in the center of a public debate about the safety of our urban spaces. Looking to back up whatever side they’d aligned themselves with, concerned citizens and local media turned to Louisville Metropolitan Police Department’s online crime map, which purports to display by location all charges that include murder, auto theft, assault, vandalism and robbery. What they found was that zero crime had occurred at Waterfront Park within the last three months.

If that sounds implausible, that’s because it is. The police chief and other officials would later explain there was a technical issue affecting the transfer of data from Metro’s systems to the online crime map. Still, because the technical error hadn’t been disclosed from the get-go, the ordeal helped fuel rumors that the city is covering up crimes in downtown’s redeveloped areas. (The crime map has since been fixed.)

Being open isn’t easy, and the roadblocks can be technical, cultural or both, says Miller, adding, “If this was easy, it would have been done before.”

The positive spin is that citizens are beginning to demand more from their government. This is especially true at the federal level, where the push has been met with what Miller describes as “a difficult slog.”

“We get pronouncements but then we don’t get data or info,” she explains. “There’s a cultural resistance toward putting data out there for the very reason we want it out — because it helps keep people accountable.”

Campaign finance is often the entry point into open data for people, but Miller thinks people have progressively began to think bigger. “We’ve for many decades believed campaign finance matters should be reported in a relatively timely manner. It’s been long accepted as an antidote for corruption,” she says, “but it actually goes far beyond that, into who gets grants and contracts, who gets subsidies and tax breaks. Particularly looking at the correlation between finance and lobbying. Who gets from the government and who doesn’t?”

From there it’s only a quick hop to the question Miller’s work constantly circles back to: Why shouldn’t the default be access to all data?