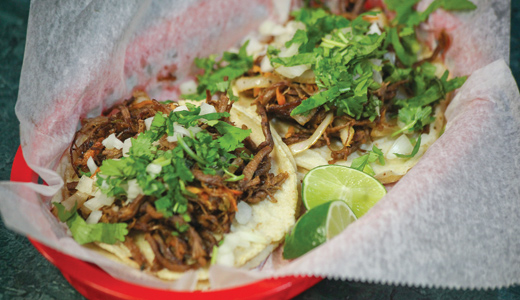 Hay!! Chi Wa Waa!? Chapinlandia? What the heck is going on here? Did someone just yell, “Alex, I’ll take ‘Restaurants with Unusual Names’ for $500”?

Nah. It’s simpler than that. With a month of World Cup soccer coming up in June, I’m scouting venues to catch key matches in the company of crowds whose cheers really mean something.

Just as there’s nothing quite like being part of the home crowd for U of L football at the Pizza Bowl or UK hoops at Rupp, you can’t beat the excitement of a Mexican-American crowd cheering Mexico at a taqueria or a bunch of enthusiastic Argentine-Americans yelling it up for Argentina at Palermo Viejo. GOOOOOAAALLLL!

So, what’s up with those names? Well, Chihuahua is not just a tiny dog but also the state in northern Mexico that made the diminutive dog famous. Hay!! Chi Wa Waa features “Tex-Mex” cuisine, though, so I’m thinking this name might just be their message to Taco Bell’s yappy little dog: “Hey, Chihuahua! I’ve got your taco right here!”

OK, fine, but what’s a Chapinlandia, then? It turns out that chapín is a nickname for a guy from Guatemala. The original chapín was an offbeat sandal — something like a homemade leather Converse high-top — that Guatemalans wore in colonial days. Originally adopted as an insult by Mexicans who thought their neighbors’ shoes looked stupid, chapín was eventually taken back by Guatemalans as a point of pride.

Chapinlandia, located within a small Latino tienda (grocery) just off Preston Highway, is, in a word, lovable; it is as sincere and as authentic as the Spanish rendition of Salmo 23 … er, the 23rd Psalm … on the menu cover.

It’s a bright and colorful menu, too, with photos of all the dishes. While there’s usually someone around who speaks English well, if you ever find yourself the only Anglophone in the room, offering a smile and pointing to a picture will get the job done.

You won’t find the cuisine of Guatemala and Mexico’s other southern neighbors all that different from Mexican, but just as Canada boasts subtle but significant differences from the United States, eh, so does Guatemala boast its own identity; and this shows on Chapinlandia’s menu, which offers about three dozen goodies, virtually all $10 or less.

Tacos ($2 each for any of nine fillings) and tortas ($5.99-$6.99) resemble their Mexican cousins, but my friend Iggy gave us a useful tip: Request your tortillas “hechas a mano” (“made by hand”), and you’ll get yours patted out fresh by hand.

We sampled al pastor and lengua (beef tongue) and deshebrada de res (finely shredded grilled beef) tacos, all on soft double tortillas topped with onions and cilantro. The first two were fine on good-quality commercial corn tortillas; but the hand-made model that bore the deshebrada ($2.25) was softer and fluffier but durable enough to carry its ration of meat. Squeeze bottles of warm red or pale-green salsa will kick your taco up a notch or eight if that’s your pleasure.

I think of pupusas ($6.99) as the street food of Guatemala’s neighbor El Salvador, but these chapíns make a convincing model, a thick, soft corn tortilla that’s slit open like a pita, stuffed with mild white cheese and pan-grilled until the bread bears tasty char marks and the cheese is molten. It’s served with a slaw of shredded cabbage and carrots with sliced jalapeños.

Surely Chapinlandia’s most exotic dish, though, is pacaya envuelta en huevo ($7.99). Served artfully plated with excellent buttery white rice and dark, savory frijoles decorated with crema, it at first appears to be a pair of chiles rellenos cloaked in gently spicy red sauce. Cut into one of these soft ovals, though, and you’ll discover a pile of tart, slightly bitter strands that look like spaghetti. A huddle with the proprietor and Google Translate revealed the secret: It’s the flower of a date palm, skillet-cooked in an eggy batter! A first for me, I’ll admit, but in this Latino treatment, I’m game for another.

With so much exploring to do, we ate a lot, with Guatemalan-made orange and pineapple soft drinks on the side, but could only kick the tab up to $26.72, plus a $6 tip for warm and friendly service. I could definitely watch some World Cup on the big screen here.

Hay!! Chi Wa Waa might not blow you away with exotic flavors, but this Lyndon spot will make you happy with good Tex-Mex cooking. Its menu, topping out around $14 for some seafood dishes, covers familiar ground, from tableside guacamole ($8.25) to tacos, enchiladas, quesadillas, fajitas, oversize Texas burritos and more.

On a recent lunch visit, we were happily satisfied with tacos al carbon (lunch order, $7.99) filled with tender, flavorful grilled steak, and cheesy NASA enchiladas with a spicy salsa rojo ($7.50).

The combination of good Tex-Mex chow with friendly service and a comfortable bar makes it an obvious choice for World Cup watching when Mexico comes up in the playoffs.