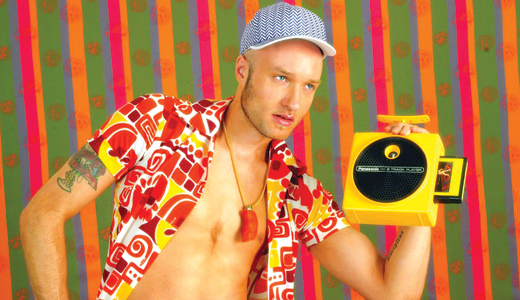 If you haven’t heard, it’s Derby Week in Louisville, Ky., which means that, as always, the eyes of the world are upon us. So, of course, some of the world’s best, most exciting musicians are coming to play — it’s like Bonnaroo, Coachella, Forecastle and Times Square on New Year’s Eve rolled into one.

“Fest-a-Ville” (get it?) at Waterfront Park offers The Sam Roberts Band’s anthemic Canada pop-rock, with opener Leagues, from Nashville, at 7 p.m. Entrance is free with a Pegasus Pin (newcomers, ask a local; it’s, sadly, not a sex act).

Friendly for fans of both public radio and country/folk is a duo set by Son Volt’s Jay Farrar and Gary Holt at the Clifton Center at 7:30 p.m. After almost 25 years in the game, first with Uncle Tupelo, you know what the man can do, yes? ($23)

A gang of local stars gets together at the New Vintage for an “Outlaw Country Tribute” night. Johnny Berry, Steve Cooley and friends sing the songs of Willie, Waylon, Kris and more at 9 p.m. ($5)

If you know lyrics like I seen Beyonce at Burger King / She ordered two cheeseburgers with onion rings, then you are probably not the average Top 40 fan. Dance rapper Cazwell blends disco, house and hip-hop into an LGBT party at Play Dance Bar at 10 p.m. ($10-$15)

Nina Sky both plays live and DJs at Sully’s Saloon on Fourth Street Live at 11 p.m., followed by a meet-and-greet at 1 a.m.

Louisville rockers Starbilly, led by the inimitable vocalist Peter Searcy, reunite after 20 years at Gerstle’s. They plan to play favorites as well as a smattering of previously unheard material, some of which was recorded for Atlantic Records in the ’90s. That lost album will be available for purchase at this show at 9 p.m. (Free)

For those who dig swingin’ in another way, Washington State’s jug ’n’ string jazz band The Crow Quill Night Owls are at Nachbar at 10 p.m. (Free)

Louisville can never get enough of Unknown Hinson, who is, once again, at Jim Porter’s at 7 p.m. ($10)

For some authentic bluegrass, one of the favorites of Ralph Stanley himself, Larry Efaw & the Bluegrass Mountaineers, will be at the Shepherdsville Music Barn at 8 p.m. ($12)

Headliners Music Hall hosts a pair of veteran rockabilly stars, Southern Culture on the Skids and Wanda Jackson at 8 p.m., with local party-starters The Ladybirds opening. ($17-$20)

All original members of Bone Thugs N Harmony are promised to be together again at the Diamond Pub in the Highlands, with a whole mess of rappers and DJs also performing — including Behrang Khoie, “Doctor by day … DJ by Night®!” at 8 p.m. ($50-$100)

Haymarket Whiskey Bar features Today’s Hits, also known as James Swanberg of Chicago, known to write songs daily on any topic — ask him to write a song for you! Some other fine regional acts join him at 8 p.m. ($7)

Play Dance Bar offers a night of dancing with DJs Boy George and Marc Vedo at 11 p.m. Yes, that is the Boy George (for those of you over 30); though he recently released a new pop album, it’s the first one he’s made since the mid-’90s. The past two decades have mostly seen him earning a wage as a club DJ, and we hear he’s spent some energy on some hobbies, as well. ($20-$125)

Zanzabar counters with Sassmouth, a popular and acclaimed DJ and label owner from Chicago (hey, it’s a fairly easy drive) who sits in with Trevor Lamont, Jason Shelton and OK Deejays at 11 p.m. ($7)

On an oddly artsy note, Timber Timbre plays Zanzabar at 9 p.m. But tonight is really more of a Ron Jeremy party at Trixie’s night, yes? ($20-$25)

Yo Gotti and Game are at the Kentucky International Convention Center. ($32-$125)

Did we forget anything? Oh well, see you next year!